In the end, a swerving 25 yarder was what made the difference. Thorgan Hazard’s stunner put an end to an evenly contested Belgium vs Portugal thriller. Belgium goes on to qualify for the Euro 2020 quarterfinals.

Roberto Martinez’s Belgium outsmarted and outclassed Fernando Santos’ Portugal in the quarterfinal Belgium vs Portugal tie at Stadio Olimpico in Seville on Sunday. Hazard’s long-ranger curved and eluded the outstretched hands of Rui Patricio in the Portuguese goalmouth.

Belgium vs Portugal quarter-final could have gone either way and Portugal despite 24 attempts on goal never could find the back of the net. Hazard’s goal was his team’s only shot on target from just 6 attempts. Portugal mustered 5 from their 24.

Fernando Santos bemoaned the results, calling it unfair. He said that his players were moved to tears in the dressing room. Speaking of Ronaldo’s game, he said that the Portuguese star had scored 5 goals before Belgium vs Portugal tie. Though he failed to score, he was a captain in every sense of the word. He tried his best to turn it around. He repeated that he had no complaints about Ronaldo.

Roberto Martinez was all praise for his team character after the scrappy Quarterfinal. He said that they had shown incredible concentration and had been brilliant in defense.

With Portugal’s exit after Belgium vs Portugal quarterfinal, the tournament has been thrown wide open. Ronaldo has not been up to his mark in his strong point, his brilliant freekick. With just 1 goal out of his last 50 kicks in a major tournament, he seemed a bit off form in that department.

Kevin De Bruyne was tackled out of the game, and perhaps the tournament. A Joao Palhinha hack forced him off the pitch. The Manchester City forward was unlucky again. Belgium locks horns with Italy in the quarterfinal on Friday. 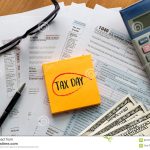