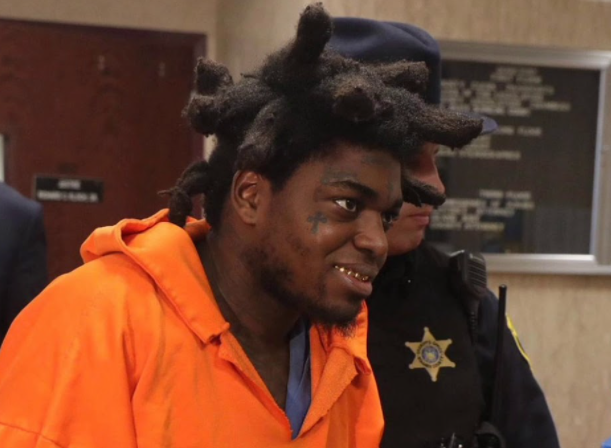 Staying in rehab has not stopped rapper Kodak Black from spending $15K to send 5K turkeys to the poor on thanksgiving. He generously gave organizers a giveaway for a number of communities in South Florida.

The rapper of Tunnel Vision spent $14,500 for his 5K turkeys that were hauled to several poor regions of Florida. Kodak Black is under a residential program of 90 days after he violated his terms of release under supervision for a failed drug test.

The turkeys were distributed by volunteers for Black who made around 7 stops over 3 days. The volunteers distributed the birds from rental trucks as per the information given out by Bradford Cohen, Kodak Black’s attorney.

Kodak Black Has Helped Out Poor Communities In The Past

Kodak has in the past been generous to the poor community despite his personal issues. He was sad that he could not be present during the Thanksgiving distribution.

Kodak wants instead to pay attention to his rehab. He wants to put the chapter behind him and continue to help underprivileged communities even more.

The birds were distributed among communities in Sunland, Sistrunk, Fort Lauderdale, Delray Beach, North and Little Miami, and in Golden Acres at Pompano Beach, a place where Kodak Black spent his childhood.

In the TMZ video, people are seen lined up to get their packets from the rental trucks. Kodak Black’s Feeling Peachy played in the background.

Black’s volunteers can be seen loading the food onto trucks and cars. Some turkeys are so large that people can be seen bent as they tried to move them.

Kodak Black has faced trouble with the authorities on numerous occasions. He was sentenced to 46 months in prison for a false statement in a gun application but was granted a presidential pardon.

Everything About The Hearing Of Ketanji Brown Jackson

DeMarcus Lawrence Has Signed With The Dallas Cowboys

Intel Corporation (INTC) traded 44096180 shares on hands in most recent trading session and observed an average volume with 40395.97K shares. The...

You Need to Know this stock? AMC Entertainment Holdings, (AMC)

AMC Entertainment Holdings, (AMC) exchanged 21499912 shares on hands in most recent trading session and observed an average volume with 58640.67K...

You Need to See this stock? ContextLogic (WISH)

ContextLogic (WISH) disclosed a change of 11.30% and its listed share value at $0.82 in the recent trade transaction. This company...

Roblox Corporation (RBLX) exchanged 21712960 shares on hands in most recent trading session and observed an average volume with 22921.96K shares. The...