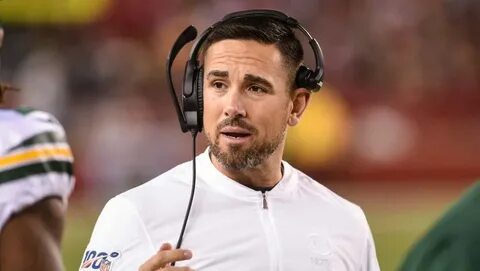 The Lions produced two huge plays for scores, one a 75-yard score in the first quarter and another score early in the second half.

Matt LaFleur attributed the loss to the defense’s lack of discipline, which allowed the Lions to score 37 points and gain over 400 yards of total offense.

Throughout the game, the players were moving away from their job responsibilities, according to Matt LaFleur. He stated that being out of rhythm causes loss, which is exactly what happened. On Monday, only one day after the Green Bay Packers lost 37-30 to the Detroit Lions to end the season. LaFleur stated that the squad must play as a unit rather than as individuals.

LaFleur said that all his players are given tools and responsibilities. However, they cannot use the tools whenever they please. Using them in critical moments in the game will guarantee their loss. Matt LaFleur referenced the fourth down. Players need to be responsible and act accordingly.

Matt LaFleur admitted that the team has a lot to work on. they need to invest more effort and time to get where they want to.

Although the Packers are unlikely to face an avalanche of trick plays in the postseason, the film never lies, and NFC playoff opponents now know a few concepts they can utilize to put the defense to the test in a win-or-go-home game. While Green Bay has a first-round bye this week, the Packers will have to deal with the disciplinary issue on the practice field and in the film room.

Dr. Anthony Fauci says he and his family have been receiving ‘serious threats’