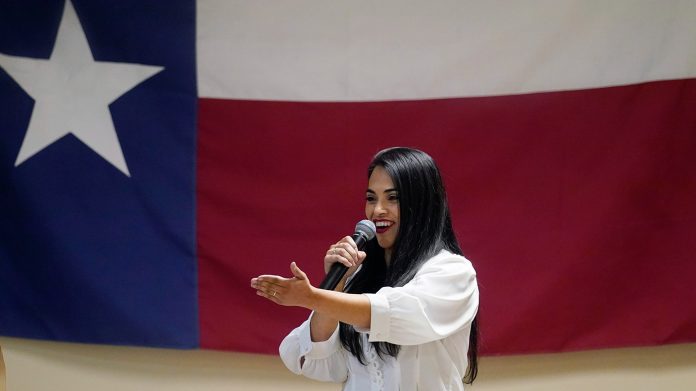 The next few months would see a part of South Texas represented by Mayra Flores- a Mexican-born Republican from the Rio Grande valley. Now, this valley has always been a longtime Democratic region, which makes Flores’ victory even sweeter. The Latina woman sailed to victory in the 34th District of the state, where former Representative Filemon Vela went on to resign in March in order to work for a lobbying firm.

With the valley being one of the most Latino districts in the country, Flores managed to run the election away with 51% of the votes. Although the district lines are going to be shifted for the next election in the November of 2022- she will be holding onto this seat till January.

Mayra Flores was an immigrant from Tamaulipas, Mexico and she came to the United States when she was just six years old. She grew up in the Rio Grande Valley region. Along with working as a practitioner of respiratory care, this Latina woman has also served as the Chair of the Hidalgo County GOP Hispanic Outreach in order to increase and maintain the support Republicans received among the Latinos in the area- which has been increasing over the last few years.

Before Mayra Flores won her representative election on Tuesday, President Joe Biden had carried it by 4 points over Donald Trump in 2020- which was a huge shift from the previous Presidential elections under these district lines. Incidentally, Trump in 2016 and Mitt Romney in 2012 were absolutely blown away in this region by 20-plus points each.

Now, when Mayra Flores grew up seeing most of her immigrant family vote blue, she finally realized her views on abortion, religion, and border security were strictly attuned to the Republican Party. And this served as the catalyst behind her getting involved with her local party five years ago.