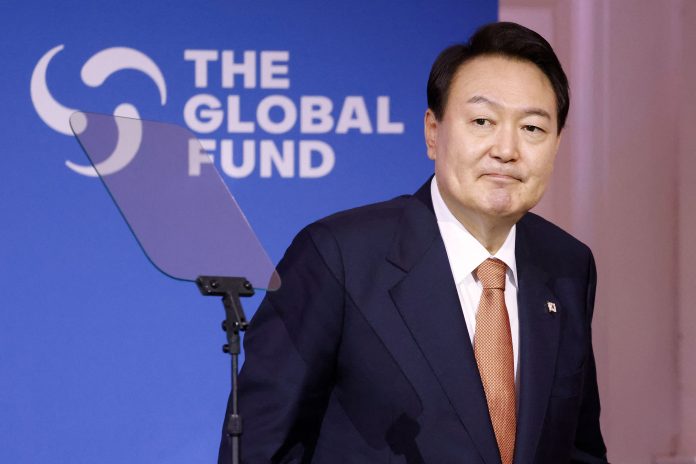 President Yoon Suk-Yeol was recorded commenting that American President Biden would lose face if his push to jack up American contribution to the Global Fund to Fight Aids, Tuberculosis, and Malaria fell through for a lack of support from the US Congress. He used a swear word to drive home his point.

The South Korean president is already facing a record fall in his approval ratings, and his scornful remarks about the US leadership have thrown him into more trouble. President Yoon Suk-Yeol was caught saying that the American President would lose face if the Americans are unable to pass it through Congress.

The clip went viral on YouTube in his country and had 2 million viewers within a day. ‘Fuckers’ quickly turned into the number 1 subject on Twitter on Thursday in the island nation. One South Korean commented on YouTube that the words and activities of the president project the national esteem of a country.

The American President is on a drive to convince Congress to increase funds to Global Fund, which requires Congressional backing. President Yoon Suk-Yeol was a prosecutor. But his initial success in the political arena has been followed by a series of blunders in his initial months as president. This is normally considered a honeymoon phase for South Korean presidents. His rating was down to 24% at one point. But it has crept up by 8% since then.

Moon Jae-in, President Yoon Suk-Yeol’s predecessor, had a strong approval rating that reached as high as 70% at this stage of his term. Yoon started with an approval rating of 52%. Earlier he skipped paying last respects to the coffin of Queen Elizabeth II, citing heavy traffic.