A female crew member has died and another injured following an accident involving a prop firearm on the New Mexico set of the film “Rust,” according to a law enforcement statement provided to CNN. The prop firearm was discharged by actor and producer Alec Baldwin, 68, according to the Santa Fe County Sheriff’s Office.

Are You Eligible for Stimulus Checks and What Taxes Apply?

A jury has awarded more than $26 million in damages after finding the White nationalists who organized and participated in a violent 2017 rally... 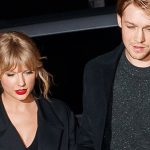 Taylor Swifts SUPPORTS Joe Alwyn With A Visit To His Film Set!

Taylor Swift just took a special trip to visit her boyfriend Joe Alwyn on the set of his upcoming film, and yeah, we’re OBSESSED...

CNN's John Berman speaks with Susan Bro about her daughter Heather Heyer, after a jury awarded more than $26 million in damages after finding...

Penelope Disick may need to hold off on becoming TikTok famous for now, as many TikTok users have noticed her secret account that’s been...

Manchin Rushes To Biden To Revinstate Keystone Pipeline: US Gas Prices On The Rise

Democrat Senator Manchin (W.VA) called on the President to revive the Keystone pipeline as skyrocketing prices and gas shortages have left Americans in despair. Manchin...