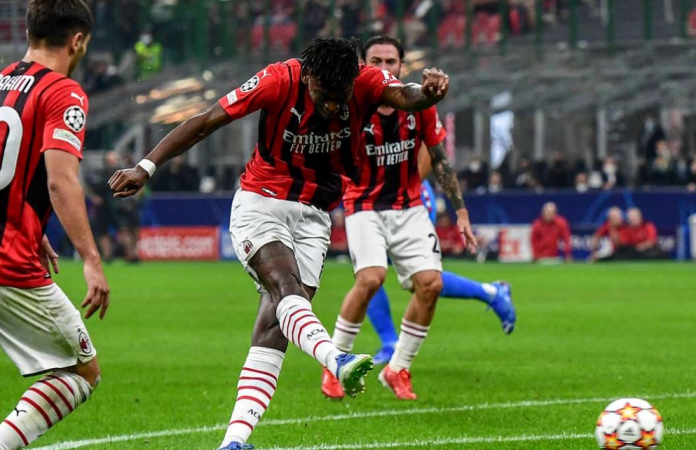 Despite a comeback in the second half from Inter Milan, AC Milan won the Derby Della Madonnina thanks to two goals from Rafael Leao.

At the 21st minute, Marcelo Brozovic raced past the defense of the opposition and rolled a finish against Mike Maignan, the goalkeeper, against the flow of play.

However, the reigning champions of Serie A, AC Milan swiftly reacted and equalized via Leao, who hit the net’s far corner following a cheap loss of possession by Inter near the field’s center.

Milan continued their domination and seized the lead 9 minutes after the 2nd half started. Olivier Giroud directed the ball past Samir Handanovic, the Inter goalkeeper,  following superb work on the left side by Leao.

And Leao delivered a fantastic Milan derby goal as the score became 3-1 in favor of the hosts. He beat his man using some superb skills before slipping the ball into the back corner.

This caused Inzaghi to make a number of substitutions. Edin Dzeko had an impact immediately off the bench, scoring from a cross by Matteo Darmian cross to offer Inter some hopes of coming back.

However, AC Milan hung on to beat Inter for the second time this season.

Last season, Leao was named Serie A Player of the Season when AC Milan won the scudetto. The 23-year-old continues enjoying fine form during the derby, scoring two and assisting on another. Inter was unable to cope with his straight rushing down on the left flank.