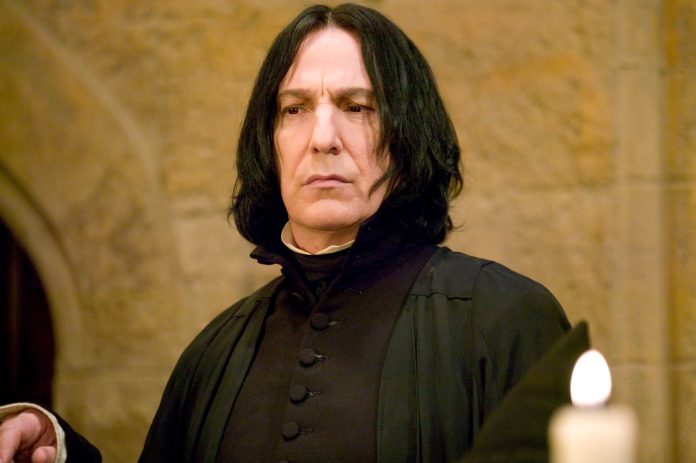 Our Favorite Professor Snape passed away in 2016; until then, he completed the Harry Potter series with much love, greatness, and richness of character. Alan Rickman, aka professor Snape whom we hated at the beginning of harry Potter for making our favorite’s life miserable. Nevertheless, we end up loving Snape more than Harry.

Snape portrayed the dark, intense character with many secrets about being involved with Lord Voldemort, Who has wished illness for harry and wants his death to protect his own. The journal revealed that Alan Rickman was diagnosed with prostate cancer in 2005 and got it removed in 2006. Right after the operation, he wrote his diary regarding harry potter 5; Rickman wrote, ‘the sensation is neither up nor down.

And further wrote down why he never quit Harry Potter and expressed the ironic love story with Lily, Harry’s mom, and he loved it. Just because of that iconic love story and the heroic death of Professor Snape kept Alan in the show till the end. He loved how Harry Potter named his son after snape, and the last part of deathly hallows heart touching moment brought everyone to tears when harry explained his son. Who was utterly worried about being put into Slytherin.

Harry comforted him about Slytherin and that he was named after the two bravest men harry has met in his life, Albus and Severus. Harry named his son Albus Severus Potter; this part made Rickman cry, and he continued to play the role of professor snape even with such a condition. Alan Rickman was aware of the end, and the iconic love story of Lily and Snape didn’t let our professor snape go away from the franchise, and Rickman wrote in his journal, ‘gave me a cliff to hang on the edge.’

Even with serious health issues, he finished the Snapes character on a heroic note and not leaving a single inch to criticize.