The Trump Administration yet again attempts to scrap the DACA program. An announcement was made late Friday to mark all new applications for The Deferred Action for Childhood Arrivals (DACA) Program as “pending” as officials mull over an attempt to repeal it.

The announcement was made during a telephonic federal court hearing in Maryland. The Trump Administration has previously tried to repeal this Obama-era Program. However the Supreme Court had reversed it stating that it was arbitrary and not justified. This has now allowed a future possibility of repealing the program but only in a proper way.

This decision has faced opposition from immigrant activists as it will put them in danger. Even US Citizenship and Immigrant Services are not approving DACA applicants enrolled after 2017. According to Government attorney Stephen Michael Pezzi, new applications are being accepted but on a tentative basis owing to the contentious nature of the DACA Program itself.

The Deferred Action for Childhood Arrivals program, in which about 650,000 people are currently enrolled, protects undocumented immigrants who were brought to the country illegally as minors from deportation. Thousands of others depend on these people in turn.

‘This is not what America is’: Afghan interpreter has message to countrymen

Angelina Jolie Spotted With The Weeknd 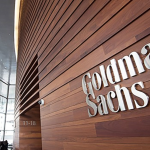 Can The US Go For Another Stimulus Check Without Risking A Recession?

Economists at Goldman Sachs have said that consumers and businesses should be prepared to face the worst, but the Fed still has a slim... 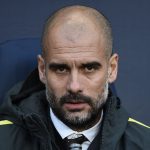 Riyad Mahrez went on to miss a penalty as Man City drew against West Ham United- putting their title hopes in jeopardy- on Sunday....

For the White House, and for Joe Biden, the efforts at bipartisanship have already taken a backseat. To the utmost frustration of several Democrats...