President Biden came down heavily on the negative agenda of the opposition Republicans in his midterm speech. He particularly went after the legislative blueprint, which they unveiled recently. He dismissed it as a feeble succession of policy goals lacking the detail of the Republicans’ future agenda if they gain control of Congress after the midterms.

The president was attending a fundraiser for the Democratic Party after Kevin McCarthy, the Minority Leader of the House, unveiled the policy proposal of the Republican Party. President Biden was particularly scathing at the GOP policy of opposing and obstructing the federal administration, though they had little to offer in return.

Biden said at the speech that the Republicans had spoken of the desire to preserve the constitutional freedom of America, and he was all for that idea. But the ground reality was that the MAGA Republicans cheered and readily accepted the Supreme Court verdict on abortion, the first in the entire history of the nation.

But the decision not only failed to safeguard constitutional freedom but also snatched a fundamental right guaranteed by that court. In his midterms speech, Biden said that if the Republicans take over Congress, they will immediately ban abortion. But he said that he would veto any such moves.

Earlier on Friday, dozens of GOP Congressmen and other party members joined McCarthy to unveil the Commitment to America plan of the Republicans. The lawmakers said that the plan was inspired by Newt Gingrich’s Contract with America. This was the Republican opposition’s plan, penned by the former House Speaker in 1994.

The then plan called for limits to congressional terms, welfare reforms, and a balanced budget amendment. The present agenda by the Republicans includes policies that aim to rein in inflation, bring down federal regulations, tackle illegal immigration, and strengthen public safety.

President Biden, in his midterms speech, also called out the opposition for supporting the discredited claim that Trump triumphed in 2020. In his midterms speech, he was particularly harsh in his criticism when he called out the Republicans for speaking of their support for law enforcement, while at the same time backing the Capitol riots where several policemen died and many were injured.

Selecting a Retirement Home During COVID-1 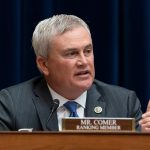 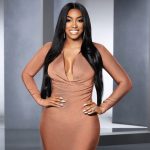