Home Politics DACA Accused Of Being Unlawful; Joe Biden To Appeal Against The Decision

DACA was said to be unlawful in the federal court of law. The judges present there passed a decision that did not favor the program. President Joe Biden reacted to the development as concerning and expressed his sadness. He conveyed his concerns for the future of innumerable youths which looked uncertain.

After the decision was passed, Biden reacted instantly to the news. He said this verdict would probably deport almost 800,000 immigrants. These people did not seem to have proper documentation. These people were left with a cloud of darkness looming large over their future.

The people that benefit from this program are called DREAMers. This decision was highly expected. Ken Paxton is the attorney head for Texas. He coined the verdict as a win. He further glorified by stating that he once again succeeded to make Biden lose. He also accused Biden of illegally allowing immigrants into the country.

The administration of Biden has clearly stated they will be appealing against the verdict. Omar Jadwat, a director, stated the decision as wrong & unjust. He also made a statement that the future of the immigrants should not be decided by the court. Congress assured the people to take necessary steps. They wanted to ensure equal status for everyone residing in the country.

The decision regarding DACA stands at a very interesting stage. The program was taken under the presidency of Barack Obama. He launched the initiative in 2012. As per the recent developments, the final verdict can flow only in two ways. The immigrants’ fate shall be decided by either the court or by Congress.

Merrick Garland Claims To Be An Unbiased Attorney General, If Confirmed

Dr. Anthony Fauci pushes back on a claim by Gov. Ron DeSantis (R-FL) that unvaccinated individuals have no impact on others. 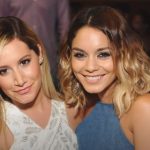 Celebrities have been taking over TikTok, and some of their best videos have been when they’ve teamed up for duets. So which duets have... 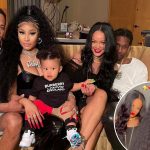 Nicki Minaj was seen spending time with her family and friends, that included her husband, Kenneth, her son, and her friends included Rihanna and... 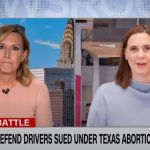 General Counsel for Lyft Kristin Sverchek speaks with CNN's Poppy Harlow about why the company is taking steps to protect its drivers against potential... 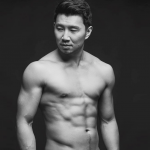 Shang Chi star, Simu Liu responded to his movie passing a huge mark by sharing an embarrassing moment from his past. The response was...