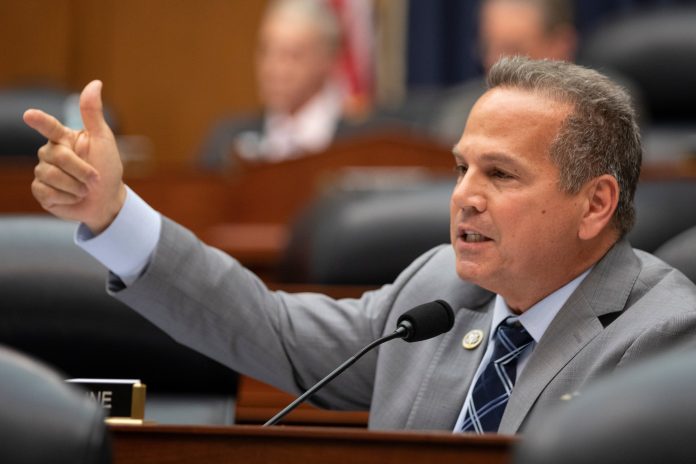 Rep. David Cicilline, a Democrat, said on Saturday that at the next committee hearings about January 6 Capitol Attack, “disturbing” new evidence would be presented, emphasizing the importance of the upcoming process.

“This is the foundation of our democratic system. This was the most severe test of American democracy I’ve ever witnessed. The rest of the world is watching to see how we react,” said David Cicilline.

According to David Cicilline, a former Trump impeachment manager, the House select committee investigating the January 6 insurgency of the US Capitol has far more evidence than it had during former President Donald Trump’s second impeachment in 2021. He stated that more than 1,000 witnesses had been interviewed or deposed, and more than 135,000 documents had been obtained.

The select committee announced on Thursday that its first public meeting will take place on June 9 at 8:00 p.m. ET.

“I believe there will be substantial evidence that truly demonstrates the coordination, planning, and effort, regardless of the fact that individuals knew Donald Trump lost the last election, and even once the insurgency and dispute began, there have been efforts underway to try and convince the former President to stop violence and call on people to go home, and he refused to do it,” David Cicilline said.

“I expect the American people will learn something alarming about the implementation and scheduling of this,” the member remarked. During the interview, Cicilline described Trump adviser Peter Navarro‘s indictment on Friday as an accomplishment but emphasized the need for legislative oversight authority. The decision not to prosecute Mark Meadows, then-President Trump’s chief of staff, and Dan Scavino, then-President Trump’s deputy chief of staff, was “puzzling,” he said, echoing the committee’s January 6 statement.

According to CNN, the first hearing will present a general overview of the panel’s 10-month investigation and pave the stage for subsequent hearings, which would likely focus on specific concerns or themes.

Stimulus Check Update: A State Approved A Payment Of $5,500

Joel Kinnaman Accuses A Swedish Model Of Threatening Him

CVX Will Be Posting An EPS Of $0.89 For This Quarter

For those who are unaware, Jennette McCurdy did command the most attraction as a child star on Nickelodeon at a point in time for...

The Democrats in the Senate went on to steel themselves on the night of Saturday for a long slog of GOP sabotage attempts as...

Tim Ryan Has Now Transformed His Race Into A Battleground- But What Comes Next?

Although Tim Ryan seems to be way ahead of J.D. Vance in Ohio, the cavalry has definitely come to the rescue of Vance. Now,...

In their first game of the new Ligue 1 season, the Paris Saint-Germain (PSG) star provided another magical moment as his team crushed Clermont...

On Friday night, an emotional welcome back to Busch Stadium by a longtime Cardinals favorite, Matt Carpenter, was met with a prolonged standing ovation...