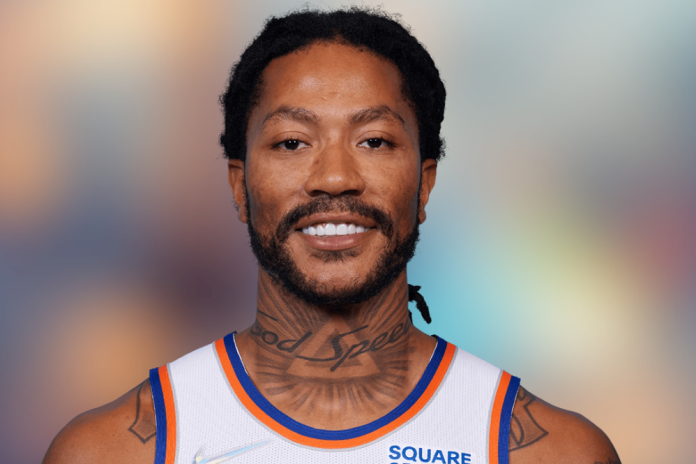 Former Chicago Bull Joakim Noah got married to supermodel Lais Ribeiro in Brazil and his old teammate helped with the photography.

Derrick Rose As A Photographer

Derrick Rose was seen behind the scenes taking photos of the two at their beach wedding. There are also photos that exist online of Rose and Noah’s dad, Yannick, who have matching Bob Marley tattoos.

Derrick Rose joined the Bulls a year after Noah did as the first overall pick in the 2008 NBA draft. Of course, that year Rose won the NBA’s Rookie of the Year award by averaging 16.8 points and 6.3 assists, helping the Bulls to a 41-41 record and a playoff berth in the Eastern Conference.

Derrick Rose went on to win the MVP award in the 2010-11 season and became the youngest player ever to win the award. That year, Rose averaged 25 points and 7.7 assists per night.

Noah was close to winning an MVP award in his longtime career with the Bulls as he finished fourth in MVP voting in the 2013-14 season. That season, Noah averaged 12.6 points and 11.3 rebounds while taking home the league’s Defensive Player of the Year award.

The two were teammates in Chicago until they both left after the 2015-16 season. Rose was traded to the New York Knicks for center Robin Lopez, guard Jose Calderon, and guard Jerian Grant.

Noah, however, signed with the Knicks in the offseason. He played two years in New York before he was waived and signed a veteran’s minimum deal with the Memphis Grizzlies. Noah retired after the 2019-20 season after one year with the Los Angeles Clippers.

Rose is still playing with the New York Knicks, serving as a useful player in the backcourt. He averaged 12 points and four assists last season on 26 minutes per game.

Molly Shannon Reflects On Her Inspirations

IRS Says Second Stimulus Check Wait Is Over; But Still No Way To Confirm...