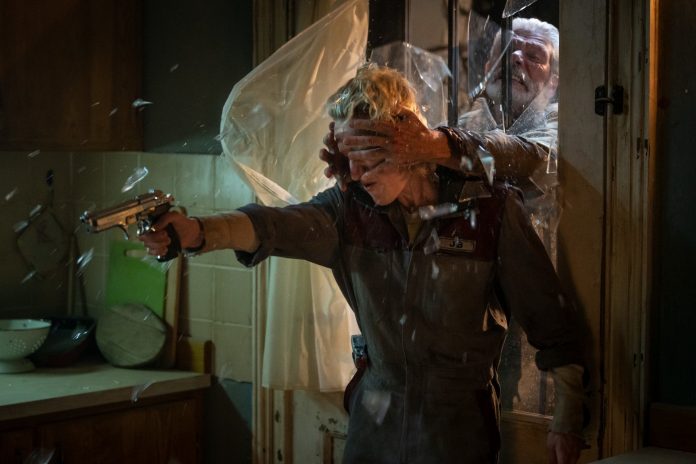 Several new movies will be coming up as the final half of August arrives- of which Dont Breathe 2, Free Guy as well as Respect, which would hit theatres. The leader of the trio would be Free Guy, a 20th Century Studios’ production which had an inherited release from the old Fox regime. The film has been scheduled to run in theatres for 45 days- which is truly a high-profile release under the banner of Disney. Also, the movie has the advantage of having Ryan Reynolds in a role that is tailor-made for him- sarcastic, cynical, and snarky. It is being assumed that this action-comedy will be perfect for the fans of the Deadpool star.

How Far Would Dont Breathe 2 Fare?

Fans have also been excited about Dont Breathe 2- with the previous installment being a major hit amidst fans of the horror-thriller genre. The sequel will be coming to theatres after almost 5 years with the sleeper hit earning almost $158 million globally on a production budget which was $10 million. Sadly, the sequel comes in a much different market for horror movies- which has been filled with movies like The Conjuring: The Devil Made Me Do It, Spiral, The Forever Purge, Old, and Escape Room: Tournament of Champions. Over the last couple of months, the movie hasn’t had the same marketing as other movies which has definitely led to sluggish pre-sales and awareness.

It comes as no surprise that Dont Breathe 2 will have quite an uphill task for its fans- as said fans would have a choice. The main demographic for the horror movie is the young adults who would have to choose between Free Guy and this horror movie. On the other hand, MGM will be pushing Respect towards the 35-plus female crowd which could be the most hesitant to get back to the cinemas.

Dont Breathe could be looking at an opening weekend range of around $6 -$11 million. On a cumulative whole, the domestic total range for this horror movie would be in the range of $16- $29 million.

Lakers Come Out On Top In Thrilling Match With Knicks

Finn Wolfhard Reveals There Was ‘RIVALRY’ Between ‘Stranger Things’ Cast!

Finn Wolfhard just spilled some serious tea about the Stranger Things cast, revealing that there was once drama and even some RIVALRIES within the...

Kanye West Admits His Mistakes With Kim Kardashian, Believes That God Will Bring Them...

Kanye West recently opened up about his relationship with Kim Kardashian and talked about how he had done things publicly that wasn’t acceptable as...

Howard Stern States That He Might Have To Run For President To Clean up...

Howard Stern has teased his presidential bid once again. He stated on his show that he might have to run for commander in chief...

Junior Messias scored a stunning header in the final minutes of the game where AC Milan stunned Atletico Madrid, 1-0. It kept their hopes...

Kevin Hart plays the role of an individual named Kid, in the new Netflix series, “True Story”.  This dark drama, created by Eric Newman, is...