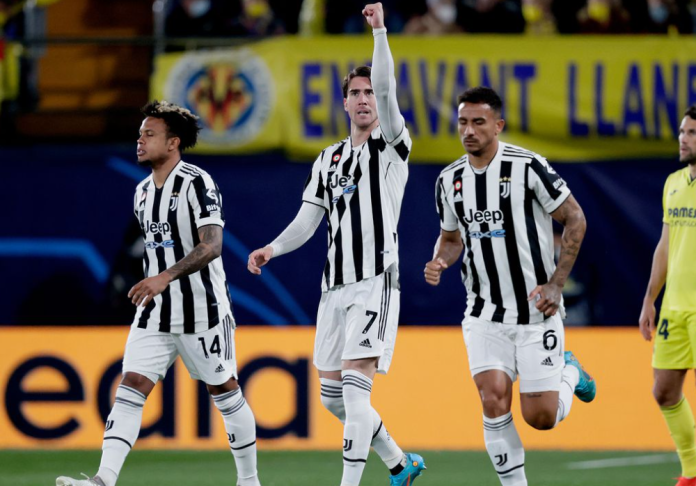 Serbian sensation Dusan Vlahovic wasted little time on his debut in the Champions League this Tuesday as he netted just 32 seconds into the clash against Villarreal. With it, he becomes the quickest European scorer for the club in the modern era.

It was the first attack in the game by the Turin side. Vlahovic chested down a long pass from Danilo, turned, and fired in a low shot that beat two defenders and eluded the goalkeeper. The strikers came in from Fiorentina for $79 million this January.

But Juventus failed to capitalize on the lead and Villarreal fought back to manage a one-all draw after they scored in the 66th minute. They equalized as Dani Parejo sneaked in and finished Capoue’s aerial ball.

Juventus were lucky that they ended the game with the full team on the turf. Adrien was fortunate to get away with only a booking after fouling Samuel Chukwueze.

Vlahovic said that scoring on his debut was a fantastic experience. he had only one other European stage experience 6 years ago when he played qualifying matches for Partizan Belgrade during the qualifiers for the Europa League.

Juventus And Villarreal Evenly Poised As Away Goals Do Not Count

But he said he was not fully satisfied as Juventus could manage only a draw. He said that he had put the last game behind him and was looking for the next in the return match.

The away rule goal has been scrapped this year and that makes the score even as the team goes into the return leg.

Juventus, coached by Massimiliano Allegri is in charge and the team has not been beaten since November. But their negativity caused them a valuable point as Villarreal equalized.

Juventus moved to a five-man defense after the first-minute goal. They then became inactive even as an unmarked Pajero fired in the equalizer.

Juventus also lost Weston McKennie in the 81st minute with an ankle injury. It later turned out to be a fracture.

The only other chance for Juventus came from a shot from outside the box by Vlahovic. They missed the injured Spaniard, Gerard Moreno.