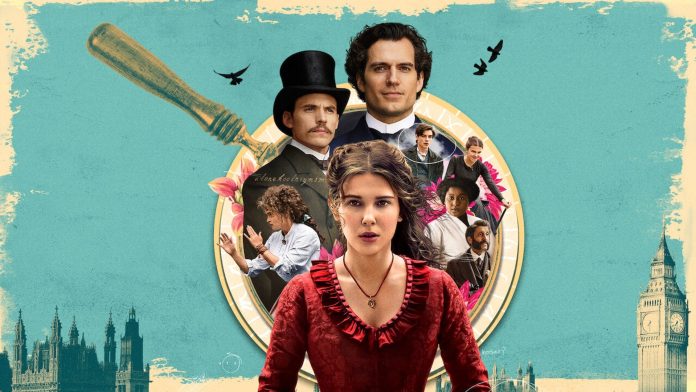 Enola Holmes 2 was released in October, and the first part was released in 2020. Millie Bobbie Brown nailed it again. Enola Holmes seemed reckless in part one, how she took every little step to solve the mystery, was never desired by her brothers. Moreover, she chooses paths that Sherlock Holmes would never choose.

In Stranger Things, Millie Bobbie Brown shows her incredible acting skills which made it the most-watched Netflix series of all time with 1.8billion views. This new part brings us closer to Little miss detective, who is opening her own agency to solve cases. And her brothers are not happy about it at all. Enola Holmes first solved her case by finding her mother, she determined to find her without or with any support from her brothers. Not only are cases unfolding but new romances blooming between the two teenagers Tewkesbury and Enola. She has messed up before and this time can’t let it happen again. Mycroft Holmes gave up on her because of this reckless behavior.

Looks like Sherlock is bound to have her in his case as an assistant. And the brother-sister duo seems to have fun solving the case together. Their distastes in each seem to fade away and close to becoming proper siblings again. Dangerous action scenes with perpetrators minutely observing everything from afar. Chalking out their next act and motive to remove detectives from their path. This time Enola is facing the disappearance of a young woman Sarah Chapman, whose not-so-old sister comes to Detective holmes to find her sister, who has been missing for about a week.

Each and every character nailed their performances, Henry Cavill, Helena Bonham Carter, Millie Bobbie Brown, and the chemistry between characters. Some characters did play very minor roles in the movie, but they were equally incredible just like the main characters.