Home Health Fighting Drug Manufacturing Charges: What You Should Know

Nearly 18% of drug arrests in the United States are due to the manufacturing of drugs. Georgia is one of the strictest states for drug-related sentencing. These offenses are often prosecuted to the fullest extent of the law.

If you are facing drug manufacturing charges, you must take the right steps following your arrest. Your first step needs to be hiring the best criminal defense lawyer to defend you.

Continue reading to learn everything you need to know about what happens when you are facing drug manufacturing charges in Georgia.

There are several felony drug charges that you may face if you’re involved with drugs, including:

It is possible to be charged with more than one drug charge. If someone is arrested with enough drugs on their person to supply others with drugs, they may face drug manufacturing charges in addition to possession or possession with the intent to sell.

According to the Georgia code §16-13-30, it is against the law to manufacture drugs with the intent to sell them to another person or transport them to another area. This felony charge and the punishment given are about one of the five drug schedules.

Schedule I drugs are controlled substances known as the most dangerous with the least amount of medicinal value such as heroin, LSD, THC, and Ecstacy. Schedule II drugs include methamphetamines, cocaine, Percocet, codeine. Schedule I (controlled substances) and II (narcotic and non-narcotic) drugs can cause incarceration to last between two and thirty years.

Schedule III drugs include steroids and ketamine. Schedule IV consists of Xanax and Valium. These drugs need a prescription. Schedule V drugs have a lower chance of being abused. These felony charges can land you in jail for one to five years.

The sale or distribution of Schedule I and II drugs can cause you to be incarcerated for up to thirty years. The sale of Schedule III, IV, and V drugs can lead to a maximum of ten years in prison. The time spent in jail relates to the quantity (of drugs) in your possession when you’re arrested.

Subsequent charges are going to cause an increase in the number of years served. A first offense can lead to between five and thirty years in jail. The second offense is then increased to between ten and forty years. The judge will look into your past convictions to determine your punishment.

Regardless of what the judge decides, Georgia has a mandatory minimum on sentencing.

For example, if you’re charged with manufacturing marijuana, you might face anywhere between 5 and 15 years in prison and have to pay fines in the amounts of one-hundred thousand to one million dollars.

In addition to fines and incarceration, those arrested on drug charges may deal with probation and community service after serving time in jail. It is also possible that you will have property seized from your person or your home. This is to get harmful drugs off the market.

What Impact Does a Felony Charge Have On Your Life?

Going to prison for a felony charge is going to have a huge impact on your life while you are serving time. However, the effects of a felony don’t end there. A felony on your criminal record can affect future employment opportunities. It can create an abundance of financial instability when you are stuck paying hundreds of thousands of dollars in fines.

How Can a Criminal Defense Lawyer Help?

One of the first things that you need to do when facing drug charges is to hire a criminal defense lawyer. They may be able to help get your charges reduced or dropped. If you can avoid a felony charge for your crimes, you may be able to move on with your life in a more meaningful way.

Children under thirteen can’t be charged with drug offenses. Younger children and even those with developmental delays may not be aware that they were in the possession of drugs. If you were detained with drugs in your possession, it is a possibility that you were unaware of the drug classification and didn’t know that what you had was a Schedule I drug.

To get stuck with a drug manufacturing charge, there has to be substantial evidence proving that you were manufacturing these drugs with the intent to sell them. A lack of intent can help you to get your charges dropped or reduced.

Say you were in possession of drugs because you took them from someone to prevent them from being used. In this case, your charges may also be dropped because you were holding on to them with the intent to sell them to another person.

Don’t Wait to Get Help

China has stated that the US is bullying Honduras after the Americans reiterated that they want the Central American country to maintain ties with...

Republican Rep. Lauren Boebert (Colo.) tried to undo some of the racist hatred she spewed against Ilhan Omar, describing an incident that she had...

South Africa Travel Set To Begin From Monday As A Virulent Strain Of COVID-19...

US President Biden announced that the nation will restrict South Africa travel, and to 7 other countries from Monday, with a new strain of... 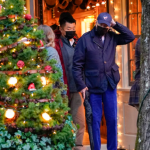 Investigation shows how Venezuela lured and arrested US citizens

The so-called "Citgo 6," a group of 5 US citizens and a permanent US resident under house arrest in Venezuela, have become pawns in...