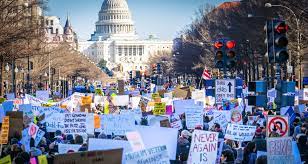 The Democrats in the US are picking up a senate seat held by the GOP in the state of Pennsylvania in the midterm elections hoping to boost their chances of being in the chamber.

John Fetterman the nominated personnel by the Democrats is currently recovering from a stroke. Experts are expecting him to beat Mehmet Oz. It can be a rebuke of former President of the country, Mr. Trump who hasn’t tried to hide his endorsements of the GOP candidate despite the primary.

This victory will mean that the democrats will have a breathing space in the bid as they try to control at least half of the chamber so far. All this while the counting of votes is still progressing on Nevada, Arizona, Georgia and in Wisconsin.

Where the dems are fighting with all here at the midterm elections, the republicans are entering the night praying for a net gain of at least one seat in the chamber to take the control.

Democrats Trying To Cling On To 50 Percent Possession Of The Chamber In The Midterm Elections:

The Democratic victory in Pennsylvania, a lone key state wherein President Biden campaigned this year, highlights how well the red flood Republicans were hoping for hasn’t yet happened. Democrats too have gained a few members in the Parliament, while the GOP has increased its majority there more slowly than anticipated.

According to CNN, Democratic senators Michael Bennet and Maggie Hassan will be re-elected in Colorado, and New Hampshire states where Republican Senators were unsuccessful.

Additionally, Democrats lost in 2 states that already had shown to be fairly close before election day. CNN predicts that Republicans will keep Ohio, and North Carolina denying Democrats the chance to gain seats that might have lessened any future losses.