Nicki Minaj has revealed that she will not attend the Met Gala as guests are required to show proof of vaccination.

Nicki Minaj believes that she will not get vaccinated for the sake of the Met Gala. She will only get vaccinated once she trusts the process and has done enough research on it. She wrote her feelings on Twitter.

She also wished the best for everyone as she tells them to be safe and to wear the mask with double strings.

It was not long enough before people urged her to think about the vaccines.

People Reacted To Nicki Minaj Having No Trust On The Vaccines

Some people replied to her post that the vaccines do not prevent the infection but reduce the serious symptoms. He was simply echoing the research from CDC that proved that vaccines were effective at keeping people from contracting fatal cases.

Nicki Minaj doubled down on the person as she replied that his claims were not true. She had the same symptoms as the people with the vaccinations.

Nicki also claimed that her cousin refused to get the shot because her friend took the vaccine and had become impotent.

Apparently, his testicles had swollen. He was a few weeks away from getting married but the wedding was called off as the girl was not interested. She urges fans to be comfortable with the decision and not be bullied into taking the shots.

According to the CDC, the vaccine is safe and is not known to cause impotency nor genital swelling but it is known to maximize protection from emerging variants, that includes the Delta variant, while possibly preventing the virus from spreading to others.

The rapper and favorite of Anna Wintour’s has walked the Met Gala carpet 5 times before. Her most recent appearance came at 2019’s “Camp”-themed bash for which she wore a pastel pink Prabal Gurung number.

Lawyer for Gov. Cuomo fires back against allegations

Heidi Klum’s Daughter Has Followed In Her Mother’s Footsteps 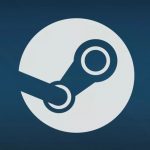 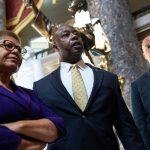