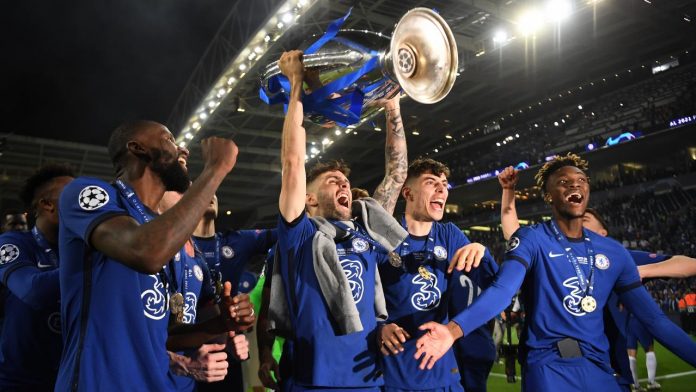 The unpredictability of the Champions League makes it so entertaining to watch. The last 4 seasons had different winners and a total of 9 teams had played in the last 6 finals. European football still continues to shake as financial mismanagement and the pandemic plays a major role.

The Champions League To Be Dominated By PL Clubs

The Champions League will just be a battle of PSG and other PL clubs. Bayern Munich might be a part of this but the summer transfers have shown us the real leagues. The cash flows in the league where big trophies might follow.

The major players that were transferred were obviously, Lionel Messi and Cristiano Ronaldo. They moved to PSG and Manchester United and both have won 9 titles between them. It will not be surprising to see them bag another one.

There has been a shift of power to PSG and English teams like Manchester United, Man City, Chelsea, and Liverpool.

Hotspurs and Manchester City were on the losing end when the finals were played with all-English sides.

The biggest clubs will begin their Champions League journey this week and you can forget about an Italian or Spanish team winning the entire thing. Real Madrid and Barcelona have been lost in transition with huge bills draining their resources. Real Madrid has spent their money on Camavinga and Alaba while Barcelona signed Aguero and Depay and has let go of Messi, Pjanic, and Griezmann.

The Spanish giants do not offer anything against the English sides and lack the ability to go all the way for the elusive trophy.

Bradley Cooper Spotted With Irina Shayk: Former Couple Out On A Stroll Hand-In-Hand

The Grammys 2021 Sum Up: Unforgettable Moments From Music’s Big Night At The 63rd...

You Need to Know this stock? Pfizer (PFE)

Pfizer (PFE) acknowledged active focus on shares in the last trading session.The stock disclosed a change of 69.00% and its listed...

Vinco Ventures, (BBIG) observed an average volume with -0.0003K shares and exchanged 4113991 shares on hands in most recent trading session....

Deshaun Watson's inclusion on Cleveland's fifty-three-man roster became official on Monday, paving the stage for a Browns start on Sunday versus his previous team,...

The Steelers' eleven-play, seventy-five-yard touchdown drive that spanned the end of said q3 and the beginning of the 4th quarter on Monday evening proved...