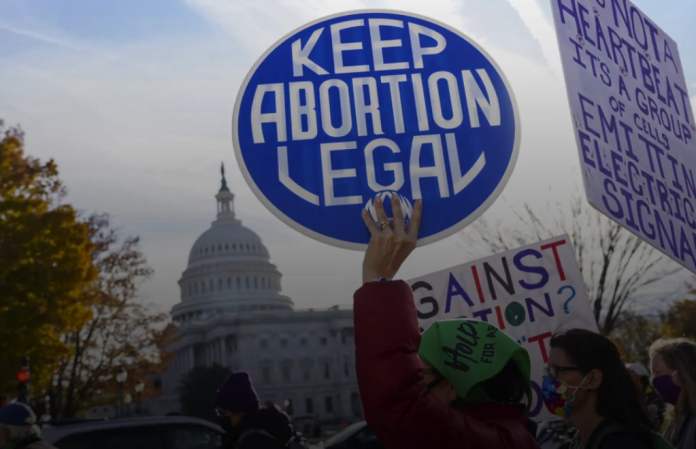 Conservative Republicans are insistent on tougher restrictions on abortion. But mainstream GOP members fear that it could turn back swing voters, people who do not support stringent bans like a nationwide ban.

Republican candidates had passed earlier tests from supporters by stringently supporting the anti-abortion issue. But the test becomes harder each year and a potential minefield with each passing year.

The midterms were a bitter test for Republicans as a repercussion in favor of the right to abortion cost them key seats. But an edgy conservative branch of the party wants the party to go in for stronger restrictions. This was on display in Washington on Friday as anti-abortion marchers gathered for the first time post-Roe v. Wade. They stressed that their mission was not complete yet.

Such conservative campaigners and their supporters are pressing potential contenders to demand a national abortion ban. They have raised the stakes with two years to go for the 2024 presidential elections.

Despite Pressure From Conservative Activist Groups, Republicans’ Strategists Fear A Backlash To A Total Ban On Abortion

Susan Anthony of Pro-Life America, among the more influential anti-abortion organizations, said candidates who do not back federal restrictions on abortion should be barred from getting a party nomination.

But strategists at the Republican camp worry that sticking to this position could keep away swing voters in the general election. Polls have revealed that this group of voters is against a national abortion ban and Republican leaders fear that it could cut deep into their support base.

But conservative activists, who also form a strong and loyal Republican base, are insisting on more restrictions on medical abortions and support for crisis pregnancy clinics to discourage abortions. And activists say that they are going to push candidates to reveal how far they are willing to go to protect children and women.