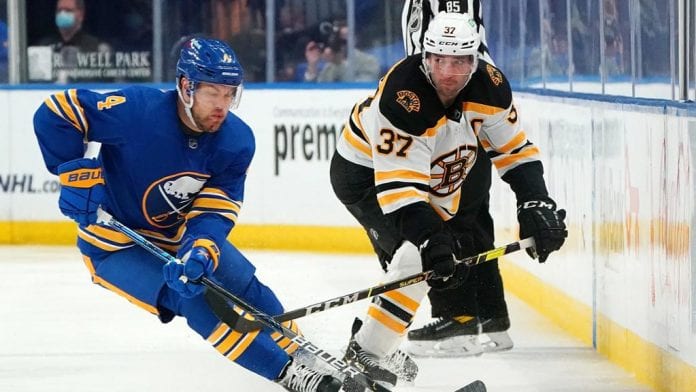 Taylor Hall, the star on the wings, is looking to extend his contract with Boston Bruins. Although, at the same time, he has no intention of being the new team’s “focal point”.

Life For Taylor Hall At Boston

Taylor Hall was traded to Boston on Sunday. Bruins sent Ander Bjork, the forward and the pick in the second round of 2021, in the way of the Buffalo Sabres. In exchange, they received left-winger Hall, now 29, and Curtis Lazar, a center. Taylor Hall will become a free agent without any restrictions come the end of the season.

Taylor Hall expressed his desire to remain a Bruins player for the next few years. He admitted that the year had been bad for him and that he knows the need for him to perform well. He believes that his current team can win games and he would be happy to play for such a team.

In the season of 2017-18, Taylor Hall was awarded the MVP of the NHL. However, the player has had trouble reaching those heights since. He was looking for a contract for the long term during last year’s offseason. The Sabres, though, only offered a deal worth $8 million lasting one year which Hall accepted. Both the team and the player went on to have a rough season. Hall assisted 17 times but only scored twice in the 37 games played so far in this season.

Hall also said that he always wanted to appear for Boston. Mainly because the team would not be centered on him. He said that, without the spotlight, he can focus on making the team win better. He says that it was unfortunate what happened in Buffalo. But here, he is excited to be just another player in the group without drawing special attention. All Taylor Hall wants now is seeming to be a valuable team player.

Italy tries to contain virus as neighbors fear its spread