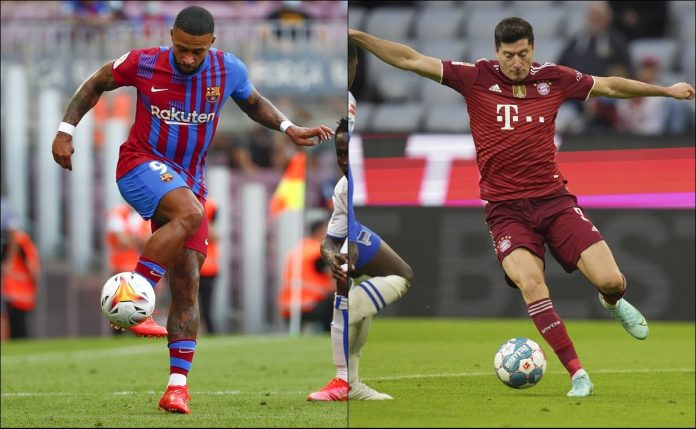 Bayern Munich has played Barcelona and has ruined their home record where they have played 2, lost them both, and had conceded 7 after scoring 1.

It was only a year ago that Bayern Munich had beaten Barcelona 8-2 and Barca’s fans are fearing to attend the game as they expect another embarrassing defeat.

The Effects Of The Loss Against Bayern Munich

The embarrassment of losing against Hansi Flick’s Bayern Munich had a load of side effects. Quique Setien was removed and had to be compensated for the remaining period in his contract. Messi took this opportunity and sent a letter to let him leave the club for free. It seemed like he had taken the decision after the loss to Munich.

These 2 FCB’s are facing off again and there are explosive repercussions after every Bayern Munich vs Barcelona game.

The teams met in 1996 where Barcelona lost 2-1 at home. Johan Cruyff was sacked after the game as the elimination at the hands of the German Giants was unacceptable. The most important person in the club’s history had lost his job then.

Bayern Munich beat Barcelona twice in the UCL Group D in 1998. Barcelona missed their chance to play at home, which was predetermined to host the finals of the Champions League. Manchester United was also in the same group and made it to Camp Nou. It was quite difficult for the fans to digest such a thing.

Barcelona beat Bayern 5-1 in 2009 when they also won the Treble. 2013 saw Jupp Heynckes win a treble for Bayern Munich and won 7-0 in 2 games against Tito Vilanova’s Barcelona. Barcelona then beat Bayern after 2 years, 5-3, on their way to winning the Treble.

Barcelona will be facing the German team without Messi this time. The impact that this match leaves are unmatched and a defeat has destroyed the loser’s career.

Will Smith’s RUMORED Son Speaks Out On Speculation!