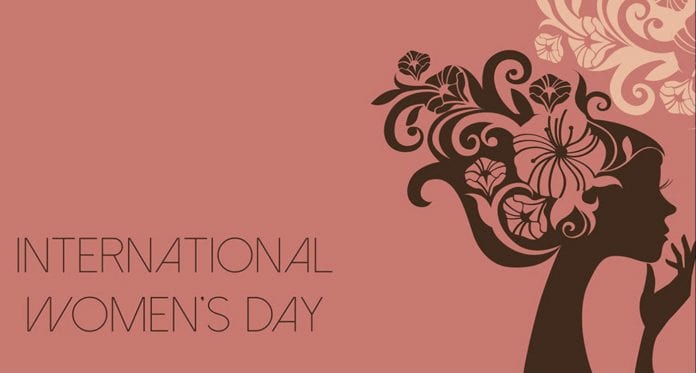 They have always kept their heads and standards high. But when it comes to their equality, women have always struggled for society to just let them be human beings.  Even as we celebrate International Women’s Day today, and all through Women’s History Month, it’s time for us to pause and ponder on the achievement and misfortune of the way things stand today on this Women’s Day.

Even as the American society stands at a dismal 53rd when it comes to gender parity, Lauren Leader, co-founder, and CEO of All In Together, a non-partisan & non-profit civic education organization fighting for women’s rights, feels that their story is as much about triumphs as it is about their tragedy. We succeed only when we embrace diversity, she feels.

A Tradition Of Oppression And Unequal Opportunities

It has always been an unwritten law for women to be oppressed, to be forced to remain a rung lower. But society can never be free unless its women have been unshackled from all forms of oppression. This Women’s Day the attempt should be to break away from these shackles. Now, more than ever is it necessary for us to measure the catching up we need to do to restore parity and bestow women their total rights, and nothing less. That’s the only way can we achieve the greatness that we aspire for as a nation.

Truly An International Women’s Day: For They Are Right There At The Top

For they remain the largest untapped reservoir of talent and strength in the world. There is no dearth of women standing on the top of the podium in their respective fields. Standing right there at the top is the rise of a woman to the position of vice-president of the nation. A notable achievement a century after women were able to exercise their voting rights for the first time.

Coming a close second is the sheer quantity of CEOs adorning the Fortune 500 list who are women, a healthy 8% including a significant number of colored women. Women have moved to the forefront in developing the Covid-19 vaccine.

They have also been instrumental in helping land the rover on the red planet. In the world of sports, they have managed to continuously better their record. The Miami Marlins have a woman as their general manager in Kim Ng while Katie Sowers has become the first female coach in 2020 at the Super Bowl.

A Continual Story Of Struggle, Desperation, And Institutional Neglect

But despite the success stories we hear on Women’s Day, women continue to languish and their success stories are interspersed with stories of desperate struggles for their rights.

Women had faced serious issues much before the virus wrought havoc. They were mired in poverty, got the worst jobs and the lowest wages. The continuing childcare crisis had already pushed them to the fringes of the employees.

In terms of gender equality, America was way behind even South Africa, Bangladesh, and Mexico at a lowly 53rd. It’s a bleaker scenario in 2021. Even as the pandemic drags on, across all sections of society and the workforce, women are being pushed out of line at the workforce.

The rot had set in gradually as right from the 70s. Even while the feminist movement gained momentum and their numbers swelled the rank and file of the workforce, calls to the government to invest in policy and social infrastructure were ignored.

A Call For Rights And Equality That Went Unheeded

It was at the National Women’s Conference hosted at Houston that women had appealed for a reply from the federation to the whole host of issues that women in America have incessantly faced. Prominent among them has been pushing through the vital Equal Rights Amendments, investments in the childcare sector by federal authorities, taking up issues of harassment and violence at the workplace, health care, and gender equity.

As demand for these rights was clubbed with LGBTQ rights and abortion access, the whole issues were undermined, attacked, and brushed under the carpet by the Christian right. It culminated in the appointment of Reagan in 1980 followed by the defeat of ERA 2 years later.

While across Europe, sweeping legislation was being passed that supported women’s equality, thus laying the groundwork for a thriving social structure that was both vibrant and inclusive, both in society and at the workplace.

Alongside these struggles was the one to restore parity in wages and family paid leave. America holds the dubious distinction that does not guarantee paid family leave. The Family Medical Leave Act made some headway in 1993 under President Clinton when it guaranteed job leave, though there was no assurance of payment.

As a result, for over 3 decades, only the rich had the privilege of getting paid leave for childbirth or taking care of an ailing family member. As things stand now, only a means; y 19% are lucky to get leave on these grounds. It is inhumane to force women to provide for their families and themselves.

It was only during the pandemic that paid family leaves in case of an emergency were assured but for a short period only. It died out at the end of last year. It is only with the new relief package of  $1.9 T that the national paid leave will finally be reinstated. Every previous government had failed to do this for the national

So the question on this Women’s Day remains as to what can be done to restore parity that is enduring, making us a truly gender-equal nation. The answer lies in political empowerment for women on a bigger scale. While women voters are more in number since the 80s. But when it has been about vital issues that concern them, there has been a laidback and sloppy approach that has undermined their efforts. This apathetic attitude had been inadequate to force the elected officials to be more serious in their approach.

International Women’s Day And A Surge In Women’s Power

There has been a resurgence of sorts over the last 4 years. The 2017  Women’s March and after has seen a storm surge of sustained political activism. It has culminated in the appointment of a record number of women by the Biden administration. Now is the time to make certain that the momentum is sustained. Women issues remain a high-priority sector for this administration. This Women’s Day, let us take the time out and ponder on it.

The Biden administration has showcased equity as the focus of their policies. It has led to the establishment of a fresh Gender Policy Council. The administration has resolved to use executive orders that will oblige the government to give prominence to gender equality in every aspect of life.

The president deserves praise as he has proved his commitment by appointing women in greater numbers in the cabinet in prominent roles. It is a promising start. But it remains up to the Women to stand tall, taking in stride both failures and success and standing steadfast in their demands for total all-round parity that will make every International Women’s Day a day to celebrate their achievements.

Carson Wentz Traded To The Team, The Indianapolis Colts