Home Politics In The Alexander Ionov Case, The US Accuses Russia Of Meddling 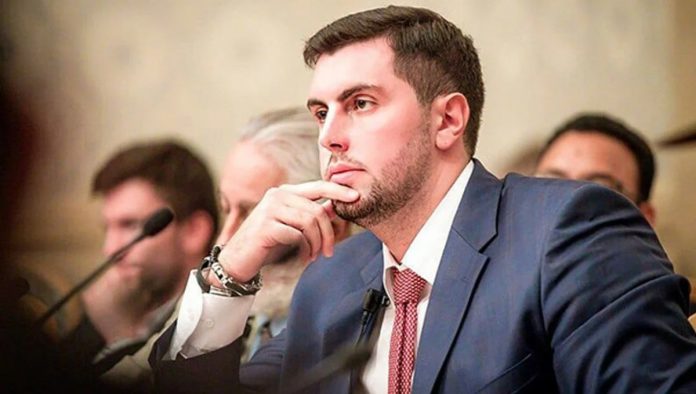 On Friday, the Justice Department unveiled a conspiracy allegation against a Russian person who was allegedly involved with FSB agents and employed nameless political organizations in the US as Russian double agents abroad.

According to a statement from the Justice Department, Aleksandr Viktorovich Ionov is accused of orchestrating a years-long foreign malign influence effort that employed multiple U.S. political groups to foment discord, promote pro-Russian propaganda, and interfere in elections within the United States.

The goal of the conspiracy, according to the prosecution, was to forge alliances that would advance the interests of the Russian Federation.  The indictment claims that Ionov collaborated with FSB agents to “discover and exploit” relationships with US political organizations.

Alexander Ionov is accused of having direction or control over these groups on behalf of the FSB, giving them financial support, and using them to publish Russian and pro-separatist propaganda online and on the radio. The indictment refers to some US political groups as “separatist groups” based in Florida and California that supported leaving the US.

Six US citizens, including two anonymous Floridians who campaigned for public office in 2017 and 2019, collaborated with and received funding from Ionov.

The unindicted co-conspirators are accused of using FSB funds to advance Russian interests, lead secession movements in California, and run pro-secession political organizations in the US.

Alexander Ionov allegedly backed one of these alleged co-conspirators’ 2019 candidacy for local office in Florida by taking part in campaign activities and contributing money, according to the indictment. Additionally, Ionov is accused of providing FSB operatives with information on the candidate claiming supervision in his purported letter to the FSB.

Alexander Ionov is accused of spreading false information regarding Russia’s invasion of Ukraine as part of the conspiracy, according to the indictment. Ionov is also accused of making a video appearance at a video conference held in March by the Florida-based organization.