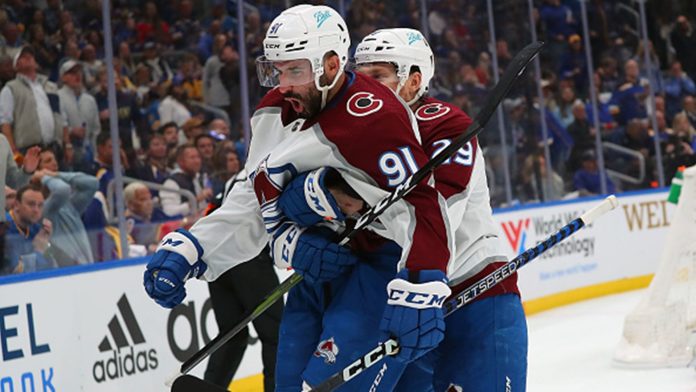 When the crowd at St. Louis Blues greeted the Colorado Avalanches on their way to Missouri for the series, they probably didn’t imagine the comeback the team would script. As it stands, this game was critical for both of the teams- as they had each won a match in the second round. Needless to say, staying ahead of the competition at this point was extremely necessary- and the team from Colorado was actually able to do that as they came out on top in this 5-2 victory. Although they did suffer in the first period, they came back strong in the next periods to steal a win from the Blues.

The Avalanches Wreck The Blues At Missouri

The first period of the game was as defined by injuries as it was defined by goals. Under two minutes, Sam Girard went on to take a pretty big hit from Ivan Barbashev and went down after his head went into the boards. Although he was able to get back without much help, he didn’t return for the rest of the game and it was later revealed that the player from the Avalanches had broken his sternum and would not be available for the rest of the playoffs.

Colton Parayko, too, had a bad outing in the arena as the third shot of the game from the Blues went in the net due to a mistake from the defenseman. In fact, another shot also went in after it connected with Parayko.

The second period saw a considerably more enthused Colorado Avalanches taking the field as they completely dominated the Blues. Yet, they still had to go on the penalty kill after Darren Helm was booked for holding. It did appear that the Blues could get a goal, but with Pavel Buchnevich interfering with Manson- it was deemed a no-goal. At the end of the power play, Kadri was able to put in a shot from Cale Makar, which gave the team from Colorado a much-needed lead.

The last five minutes of the game was when the Avalanches really started showing their mettle. With Ville Husso moving towards the bench, the team from Colorado started taking advantage of the empty net and put in a goal from Gabriel Landeskog. With a huge lead of 5-2, it was evident the Blues wouldn’t be making it.