Google remembered the late Swedish DJ Avicii on the 8th of September, which would have been his 32nd birthday. The search engine had brought out a Google Doodle that showed his significance to the music industry at large.

The Swedish DJ, whose real name is Tim Bergling was a major pioneer in the EDM Genre, which is why the Google Doodle on Tuesday was an animated video that churned out his hit ‘Wake Me Up’. According to the company, this doodle is all about honoring his legacy as one of the first artists who lifted electronic music to global success.

Avicii was one of the most celebrated DJs around, having won multiple awards worldwide, along with being nominated for a few Grammys. The DJ’s father informed the company that while the DJ attained worldwide fame, he was very grounded- treating people with equal respect and kindness. The DJ committed suicide in 2018, and interestingly his birthday falls in the week when National Suicide Prevention is celebrated.

The Tim Bergling Foundation, created after Avicii’s passing collaborated with the search engine to create the doodle. The foundation was established by the parents of the DJ in his memory to assist others who are dealing with their mental health. The foundation has stated that its motto is advocating for the acknowledgment of suicide as an emergency affecting global health.

Avicii’s father stated that the Google doodle was absolutely fantastic and he felt honored that a search engine would choose to honor his son. He believes that the story of his son is simply a tale of a young man who wanted to be a DJ- which he fulfilled. But it also tells one that life is never easy despite fortune and fame- depression can crop up anytime.

Tarek El Moussa Has Asked For A New Crew

Will Inflation Make a Come Back after the Coronavirus Pandemic? 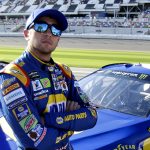