Ben Affleck and Jennifer Lopez’s relationship might be heading to the next phase! In an outlet of Tiffany in L. A., Affleck was spotted browsing through jewelry, which included rings.

What’s Next For Ben Affleck And JLo?

Ben Affleck had celebrated his 49th birthday earlier in the month. The director-cum-actor was photographed at Tifanny, looking through the jewelry on display in the store’s glass cases. Some of them had rings in them as well. On Monday, the photos were published by Page Six. The shop was at Westfield Century City.

Ben Affleck had on a casual attire for the short trip. He was dressed in a T-shirt which was light gray, a sweater which was gray, and jeans. Chris Anne Boldt, Ben Affleck’s mother accompanied him along with his 9-year-old son Samuel. All three complied with covid protocols and had face masks on.

This shopping trip of Ben Affleck takes place 2 days after 52-year-old Jennifer Lopez had gone on a trip to Los Angeles’ Magic Castle. The star of Justice League and Jlo had also brought both of their families along.

A source said to PEOPLE that Affleck and Jennifer are looking at making it a long-term relationship. So, it was only natural that the next step was spending time will all of their kids. On the trip were Ben Affleck’s 3 children: 15-year-old Violet, 12-year-old Seraphina, and Samuel. They were born to Jennifer Garner, his former wife. Lopez had brought along 13-year-old twins Max and Emme, whose father is Marc Anthony, her former husband.

The source explained that the two are not rushing anything, but they would like the kids to be acquainted with each other. Since summer is ending soon, they are trying to make the most of it.

Some residents of town want pro-QAnon mayor removed from office

RICO Lawsuit: Donald Trump Filed A Petition Of Recusal Of The Judge 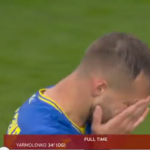