Home Entertainment Beyond Order By Jordan Peterson – The Ramblings And Allure Of Reactionary...

12 Rules for Life: An Antidote to Chaos by Jordan Peterson has elicited a fair amount of vigorous reaction straddling the whole range of the spectrum from the eulogistic to the disparaging. While it has touched upon the belief of Darwinian Determination, the conviction that an individual’s genes control human behavior, it has also dealt with the Jungian psychology that myths and dreams are expressions of the shared unconscious.

He has also managed to insert a heady mixture of Heideggerian Ontology. Or the study of being, employing the phenomenological analysis of human existence. With this odd mixture of philosophy, it seemed a book doomed to rot on the shelves of book stores. And was not deemed a very friendly self-help guide. But its exhortation to lead a meaningful and evocative life condensed in a dozen behavioral decrees resonated with a significant section of the die-hard believers in post-modernity. 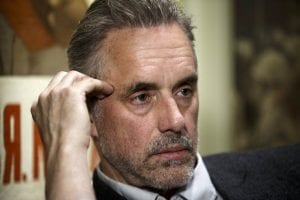 The radical traditionalism espoused by Peterson was considered a refreshing corrective measure that enlivened the belief that objective truth was but a myth, that it was an environment of detrimental power relations. He believes that social hierarchies evolved and were not a creation of capitalist abuse.

He maintains that culture has always been a fight between the traditionally masculine concept of order and chaos, which has been traditionally deemed feminine. This dichotomy, Jordan Peterson firmly believes, is what humans crave for, and the religious narratives and historical legends are hidden in it.

This book was just the right prescription for those who felt vulnerable/ mortified at the danger of being dislodged from their exalted standing. Peterson managed to bolster them with the assertion that their fortified perch was definitely more a result of competence than the perchance result of patriarchy.

He encourages them to accept that competition was embedded in our society, was inextricable, and ought to be bravely accepted, and there were no grounds for whining or complaining. The book disappeared from the bookshelves and achieved the seemingly impossible figure of 5 million just in English. It was eventually translated into another 50 languages.

Jordan Peterson Philosophy: An Invitation To Both Revulsion And Reverence

The psychology professor managed to transform into one of the most disruptive intellectuals of a generation. He was alternatively elevated to the status of a visionary while vilified and denounced by others as merely a reactionary. He overnight became the focus of both reverence and denigration. His book had either cleared the air on a bundle of misconceptions or was a handbook for the cynical cheerleaders who hailed Trump’s brand of extreme political philosophy. The idea of the “rebellious traditionalist,” who both longs for the idealized past and also invites revulsion, for it is an inviting one.

Peterson reveled in the controversy he created and straddled the whole spectrum of the old and new media. He went on tour, produced a podcast, appeared on YouTube, and was at his combative best in TV interviews. He provoked and cheered alike, depending on the viewer’s standpoint. In his follow-up to his first publication, Jordan Peterson in Beyond Borders has detailed his personal battles. He appeared to withdraw from the battlefield. In Beyond Order, the Canadian author details his extraordinary tale of a total psychological and physical collapse. He believed that it was brought about by an autoimmune reaction to something he had apparently ingested. It caused him to opt for a total change in his diet and addiction to benzodiazepine, a sedative.

He also had to deal with depression, chronic anxiety, and depression. It was compounded by double pneumonia. There were other reasons for desperation as his wife also was operated upon for cancer. He also tried to get rid of his addiction through a stimulated coma. The book that promised to stand as an antidote to desperation and despondency instead left the author dejected and depressed.

Following Up In The Same Vein

But Jordan Peterson remained unfazed, and in Beyond Order, the follow up to 12 Rules for Life, he continued with the same hatred.

The language is more strenuous, but the arguments are in the same vein. It retains all the messianic passion of the first and seems unabashed deference to Nietzsche and his work s. But his writings are peppered with contradictions and uncertainty.

Jordan Peterson, at times, has delved into the realm of the mythical and seems divorced from reality. His first book was evangelical in parts peppered with dated concepts of what represents good and what all constitutes evil, anarchy and order, guilt and disgrace. Here he continues in the same vein. But he also touches upon many other creations where he believes there remains hidden a moral treasure to be brought to light.

Jordan Peterson seems at his best as an evangelical medical psychologist and less of a literary critic. He espouses that therapy is fundamentally flawed as it looks for solutions inside while the answer instead lies outside embedded in the realm of multifaceted societal relations. He berated Freud and Jung for their misplaced spotlight on the individual psyche while ignoring the role the community plays in the well-being of the individual psyche.

At his best, Jordan Peterson has attempted to place individuals in the right place in society with a tacit acceptance of the role played by societal organization and structures. Instead of urging the readers to dismantle them, he exhorts them to fit into the system. It is an unconventional delivery of a conformist philosophy. The problem lies in his fanciful advice and quirky dictums that his supporters take as something to be literally pursued.

Delving Into The Perilous

In Rule VI of Beyond Order, he attacks, among others, Foucault, Derrida, and Marx. He accuses them of diverging from the multi-motivational characteristics of human conduct and demeanor and assigning causes like power and economics that he believes are simplistic prescriptions. His naive and one-dimensional interpretation of their works draws attention to his syndrome, which he terms as the “fatal attraction of the false idol.”

Jordan Peterson appears to be neither the missionary of evil as believed by the editors at Penguin, who wanted to have nothing to do with his book. Nor is he convincing as the savior of masculinity. His extortion to pursue the meaningful over the convenient can best be left to the interpretation of his readers. It is easy to condemn the ideology of Jordan Peterson, but it also sheds light on the fact that people crave stories of meaning.

Zoe Kravitz and Channing Tatum Rumored To Be Dating?