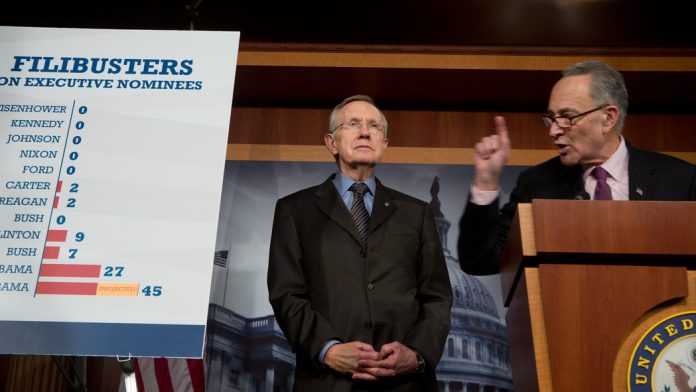 President Biden has said that he would back a change in Senate filibuster rules that would make it convenient to codify privacy rights, and also abortion rights.

The President has said the ruling was destabilizing and outrageous and has called for legislation on the issue after the Republican-controlled Supreme Court ruled to overturn the 50-year-old Roe v. Wade. He said that it should be overturned by Congress by turning the issue into law. He realizes that the filibuster should not be allowed to get in the way of codifying it.

He said that if the filibuster comes in the way there should be a mechanism to provide an exception in this case. He was speaking at a Madrid news session at the end of a 6-day European tour.

But it will again need the support of the Senate to move ahead with the filibuster. And as of now, the Democrats do not have the required votes to push it through. A bill that could have enshrined the Roe v. Wade ruling into law failed as it got defeated by 49-51 votes last may.

Mitch McConnell, the minority leader in the Senate hit out at the President’s remark and called his comments about the ruling by the court inappropriate.

Zion Williamson To Continue To Stay Away From Team

LeBron James Believes That The Lakers Can Still Redeem Themselves After Their 10th Loss...