Jen Psaki, the secretary of the department of the press of the White House, gave a statement concerning the economic plan of the country. The statement revealed the near future plans of Joe Biden, the president, with regard to the plan. It was stated that president Biden will upgrade the economic plan that he has laid down. It will be done so dividing it into two parts. The statement was made on Sunday.

The Economic Plan Of Biden

The press secretary added the fact that the President will include physical infrastructure like building railways and roads, in the first half of his economic plan. And it will be revealed on the 31st of March, which falls on a Wednesday. When it comes to the second part of the plan, it will be tilted towards the sector of health like the reforms in health-care and child-care. This is what was referred to by Jen Psaki as “social infrastructure.” The secretary added that these details into this half of the economic plan would be given out within the end of the coming month.

According to a source, the advisors of President Biden were recommended on the structure of the plan that was to be laid down for the economy of the country. Precisely to keep the traditional proposals of infrastructure separated from the rest of the economic plan. When it comes to the cost of the entire legislation, estimations suggest that it costs over 3 trillion USD.

As per a source, there is a reason why the package is divided into two halves. And also, why the first half, which deals with infrastructure, is laid out earlier. According to the sources, it was in order to gain the support of the Republican politicians. It was also reported that the amount that is separated for infrastructure is 1 trillion USD. 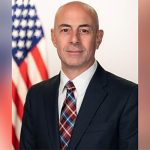 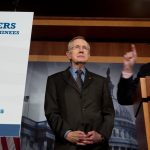