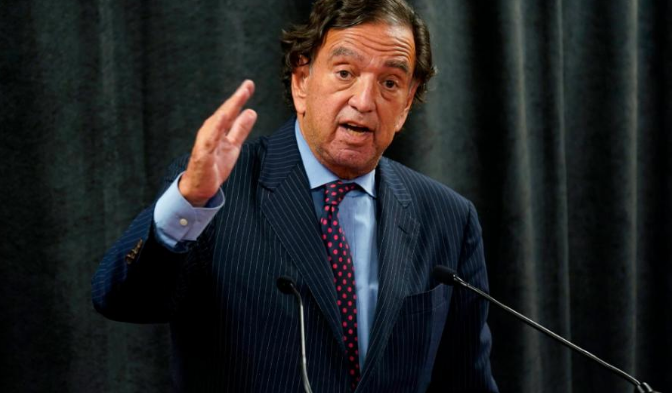 Former Governor of New Mexico, Bill Richardson will be in Russia soon for talks to find a way to free detained WNBA star Brittney Griner, on trial for possession of drugs. Richardson was also the American ambassador to the UN and also Clinton’s energy secretary.

Bill Richardson had earlier played a key role in securing the release of Trevor Reed, a former US marine after more than two years of imprisonment. Richardson will be in Moscow this month. Russia has several times suggested that it would be willing to trade Griner for Russian prisoners in America.

Bill Richardson’s trip could be like another prisoner swap though his office has said that it was powerless to comment at this moment.

Mickey Bergman of the Richardson Center for Global Engagement would only reveal that both the families of Griner and Whelan have asked for Bill Richardson to intervene and secure their release.

Bill Richardson is representing both families. Whelan, another former Marine, is being held in Russia for over three years.

Bill Richardson’s Moscow Visit On Even As Griner Pleads Guilty

Griner is a 2-time Olympic gold medalist. She has been detained by Russia since she was held in mid-February allegedly in possession of vape cartridges filled with hashish oil inside her luggage. She was held at Moscow’s Sheremetyevo Airport.

Griner has revealed that she would be willing to admit guilty. She said that the vapes were brought in unintentionally, implying that she did not mean to carry them with her in the bag.

The US would be keen to go for another prisoner switch to free the WNBA star. The National Security Council at the White House has said that they appreciated Bill Richardson’s commitment but has not spoken of a prisoner swap.