Macmillan Publishers announce on Tuesday that former CIA Director John Brennan is set to release his memoir titled “Undaunted: My Fight Against American’s Enemies, at Home and Abroad” this October.

Macmillan states, John Brennan’s memoir, “pulls back the curtain on the inner workings of the Agency, describing the selfless, patriotic, and invisible work of the women and men involved in national security.”

Brennan was previously accused of being a crucial figure in the “deep state” conspiracy by President Trump himself to undermine his campaign and election.

Mark Zaid noted that this act of blocking records is “unprecedented.” According to Zaid, it “is demonstrative, once again, of a vindictive, political president whose actions have nothing to do with actual national security decisions.”

Reply from The White House stated the action was taken based on Brennan’s erratic behavior. 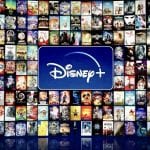