Britney Spears’ lawyer has challenged several videos posted on the account of Kevin Federline, her ex-husband.

Last Wednesday, Kevin Federline posted a series of videos on Instagram taken by the sons of Spears sons quite a few years ago. The videos no longer exist on the platform of social media. However, TMZ had already published them. In a statement with CNN, the attorney of Britney Spears said, that they are working alongside Instagram to make sure that Federline follows all the rules. They are further investigating the appropriate actions that can be taken against him.

Matthew Rosengart, the attorney on the side of Britney continued by saying that regardless of Federline’s intentions, he violated the dignity and privacy of Spears, his children’s mother. At the same time, he was also guilty of violating the privacy of his children. Their privacy, at least, Federline had a responsibility to protect. He called Federline’s reckless thought of posting videos containing 12 and 11-year-old children “brutal.”

Federline said in a post that the family decided to share a video to explain why they recently split with Britney Spears. Rosengart added that it has been an honor working with Britney, as they attempted to stop the conservatorship of her father, and aid her in regaining her dignity and freedom. The attempt to ensure her protection from the kind of abuse suffered by Britney Spears is a sign of the legal system’s intolerance of bullying, and no state will ever tolerate it.

How often do you find yourself wasting money? Perhaps you go to the supermarket each week and find yourself constantly going over your budget,...

Stimulus Check: Find Out What Florida Did?

The federal government of the United States of America is not giving any stimulus checks anymore. However, 17 US states decided to come forward... 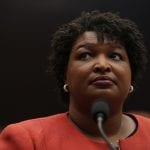 Stacey Abrams And The Topic Of Abortion And More

Stacey Abrams's views on abortion and Jennifer Klein's views on gender equality took a considerable part of the discussion. Stacey Abrams is running for... 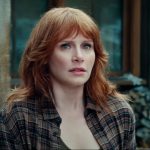 The Jurassic World franchise asked Bryce Dallas Howard to lose weight before shooting Jurassic World Dominion. In an interview, Bryce mentioned how she had... 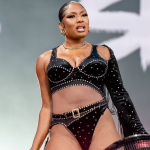