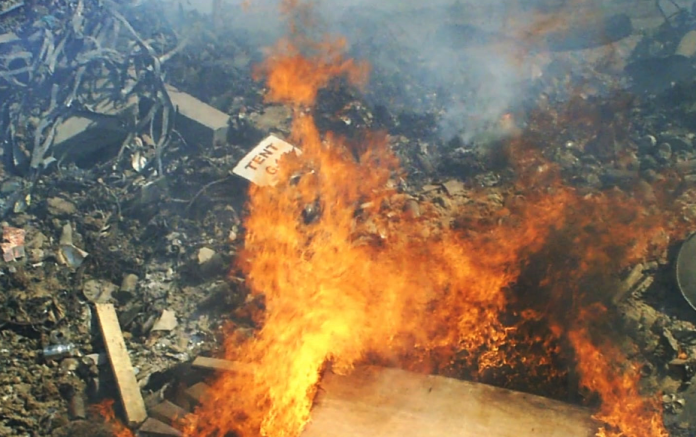 Senate Republicans in a surprising move blocked the bill that will help 3.5 million veterans affected by noxious burn pits. The move on Wednesday came days after the bill initially made it smoothly through with 84 votes in the Senate. The move angered Democrats and veteran groups.

Comedian and political commentator Jon Stewart, who has been steadfast in his support of the community expressed his resentment at the turn of events. Democratic Senator from Montana, Jon Tester, who is the chair of the Senate Vet. Affairs Committee was particularly angered by the Republican move. He was joined by House Speaker Nancy Pelosi, veterans, and other lawmakers near the Capitol to condemn the Republicans.

The veterans turned up at the Capitol to see the burn pits bill being passed. Stewart said that it made the blow even more painful for the veterans, who turned up in large numbers. He called it a disgrace and said that the constituents were dying.

The Burn Pits Bill Will Help Affected Veterans Once Passed

The bill once passed would change the lives of many veterans who fell ill after being exposed to uncontrolled incineration of toxic and hazardous waste, mostly from the recent use of burn pits in Afghanistan and Iraq. The bill would eliminate the burden of proof on veterans affected by the burn pits.

The Republicans were retaliating for a different deal under the Build Back Better issue between Chuck Schumer, the Senate Majority Leader, and Democratic Senator Joe Manchin. The bill will allow the President to go ahead with his climate, economic, and health care package.

But Republicans have countered that the allegations are not true and have instead pointed to a dispute over budgetary policy. An overwhelming 80% of the 50 Republican Senators opposed the bill.

Senator Tester said the about turn by the Republicans was confusing and frustrating as they had backed the bill even a couple of weeks ago.. the move by the Republicans is disturbing as any issue concerned with the welfare of veterans always attracts bipartisan support.

NFL’s First Week Is Over: Here Are The Highlights

Ban Of All The Russian Oil Imports Encouraged By Nancy Pelosi

Stimulus Check For Californian Citizens Worth $400 For Gas Money