Justin Bieber reacted after losing an arcade game to Hailey Bieber. The ‘Changes’ singer screamed ‘Baby, I wasn’t trying’ after the loss. The screaming was viewed with apprehension by some of his fans.

An arcade game between Justin Bieber and Hailey ended in a defeat for the star with the scoreline posted by Hailey reading 2,050 to 500. The post has since been deleted. But Justin Bieber appeared unhappy at the loss. Hailey can be heard saying, ‘I won, accept it.’

Many took to Twitter taking exception to Justin Bieber’s behavior, posting the video posted by Hailey. Some were scathing in their comments with one fan commenting that Bieber had a pattern of abnormal behavior that was borderline abusive, further suggesting that his fans would excuse him anyway.

Others pointed out the triviality of the issue and said that it was disturbing behavior by the singer.

Hailey Rhode Baldwin married Justin Bieber in September after putting off their marriage for a year. They have had a long on-and-off relationship. Justin Bieber recently posted a picture after shaving off his mustache before the release of his new album, ‘Changes.’ Hailey had reacted positively to the picture.

Fans present at the incident said that Justin Bieber had performed impromptu before the alleged incident and had been on adrenaline. Onlookers present at the scene said that Bieber had a good time and was enjoying himself. The women present looked like they were enjoying the moment. The couple left at 2 a.m. The video was posted by @Yangeric23 TikTok user, in which the couple can be seen leaving with bodyguards and fans. The video had 1.2 viewers, though it has been taken down since.

What people saw in the chip was not anger as Bieber was just charged up after coming off stage. It was just excitement after a performance. The fan lamented that all the good things about him somehow got deleted. He said that both Justin and Hailey had been enjoying the moment and it was hurtful to paint him as the bad guy always.

Both Justin and Hailey have not commented on the incident but posted pictures from the time they spent in Las Vegas on Instagram.

The Economic Devastation Of COVID-19 Is Hitting Women Particularly Hard 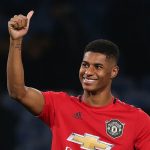 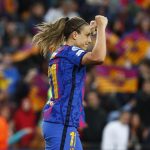