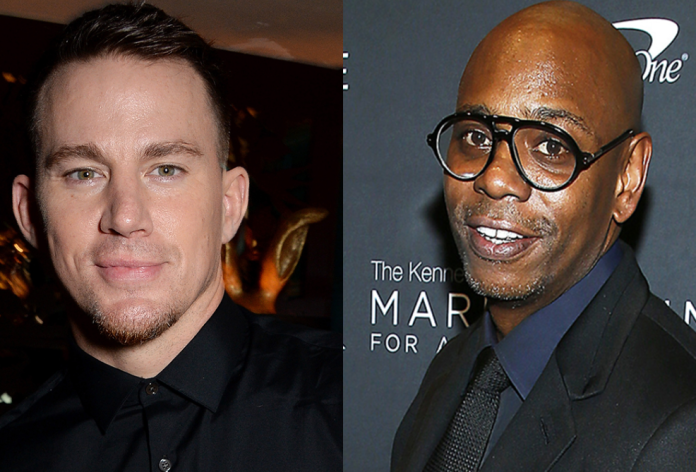 Channing Tatum has walked into the controversy around Dave Chappelle and his new Netflix special. This new piece was accused of having content that included harmful transphobic remarks.

Channing Tatum had uploaded a story on Instagram and showed his appreciation for Dave and his past work but had also acknowledged the fact that this special had hurt several people. Dave describes himself as “Team TERF” which meant trans-exclusionary radical feminist.

He added a link to his post which was of Chappelle’s speech in 2019 at the Kennedy Center to accept the Mark Twain Prize for American Humor.

The clip features Chappelle sharing the advice his mother gave him when he was a sensitive child.

Dave said that he was a soft child and would cry easily or be scared of fistfights. His mother used to tell him that he needed to be a lion so that he can be the “lamb” he really was.

Dave stated that he loved his art and understood every practitioner of this art form. He does not agree with everyone but he knows where it is coming from. Everyone wants to be heard and have got something to say. Everyone deserved to be understood and that is why he loved this genre.

Channing Tatum stated that he had great admiration for Dave Chappelle and his past work but it does not give him the excuse to preach anything hurtful.

Andrew Cuomo Told To Resign For The First Time

Judge Rules Migrant Children Must Be Released Due To Coronavirus