Home Politics John F Kennedy Has His Former Life Opened Up By An Unknown... 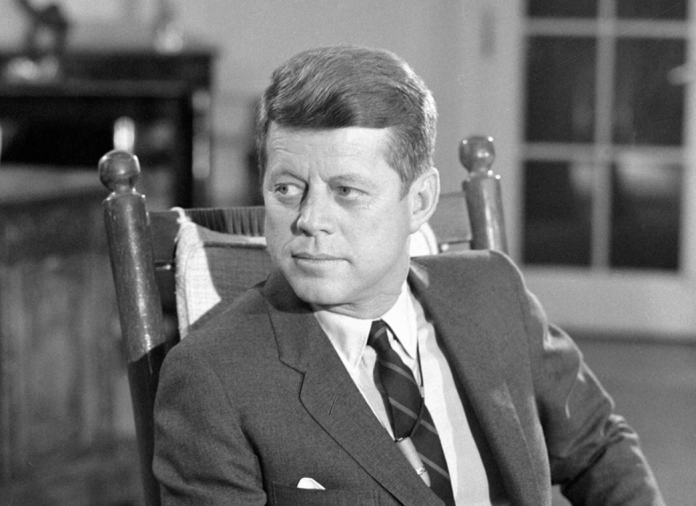 She had held her silence for long. But the 83-year-old physiotherapist has finally opened up about her affair with the then 40-year-old John F Kennedy. He was a senator and she, a student half his age.

Diana de Vegh, 83 now, opened up about an affair she had with John F Kennedy back in 1958. The affair with the Senator went on for around 4 years. She suggested that she was promised a lot in return for her consent. She says that the whole affair had the hallmark of ‘conferred specialness.’

The affair with the most famous member of the Kennedy clan had the bearings of Harvey Weinstein’s tactics and show business in general and in particular. The grandmother is at present a New Yorker. She feels that in spite of the awareness and the progress of the modern #metoo movement, many girls still remain under the influence of much older men merely for their careers.

De Vegh’s story has been documented in Grace and Power: The Private World of the Kennedy White House, the 2004 book by Sally Bedell. She says that her anonymity was broken in that book.

She had met Kennedy in 1958 in a ballroom in Boston. She was then a junior at college in Massachusetts. He was then campaigning to be reelected as a senator.

John F Kennedy Swept Her Off Her Feet With His Charm

John F Kennedy had sided up to de Vegh and took her date’s seat. She wrote that the outcome had been predictable. She had been heartbroken after the breakup, while it had not made much difference in John F Kennedy’s life or career.

She had been swept away into a glamorous life with the previous drabness. She had watched fascinated as John F Kennedy mesmerized the crowds, completely at ease in the spotlight.

She was with him during his next meeting outside Boston. That was the beginning of an affair that lasted 4 years. His staff made sure that she stayed away from the public limelight even as they continued the affair.

She said that she felt netted. John F Kennedy would attend to her when the First Lady, Jaqueline Kennedy, was absent. Avoiding her was easy as she was not seen at an event at this level.

She had told her then-lover, Bill Brammer, that though she knew that the affair with John F Kennedy was doomed from the start, he had a power over her, which she could not resist.

The affair died out as she moved to Paris. John F Kennedy would be assassinated a year later. She ultimately married in 1964, but the marriage would not last long.