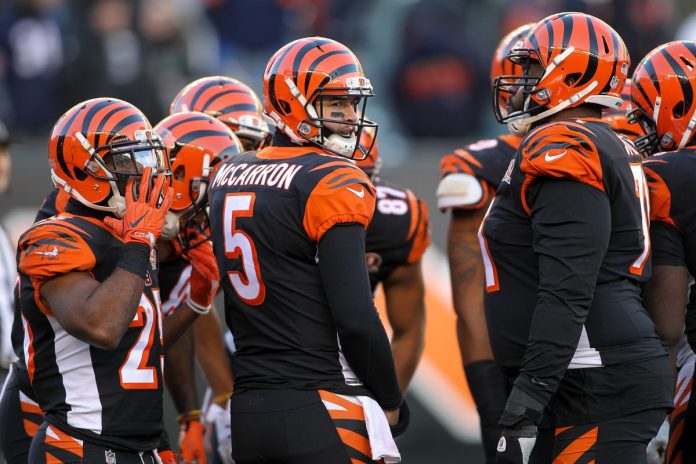 The 2021 season has been a time of development for the Cincinnati Bengals on the grandest stage. This is a dream run for a team that has had such little success (last weekend’s triumph over the Las Vegas Raiders was their first postseason win in 31 years).

Cincinnati Bengals Are On A High

However, playing the Titans, who are the No. 1 seed in the AFC and are welcoming back superstar running back Derrick Henry, victory in Nashville appeared to be a tall order for an inexperienced squad.

They never exhibited any symptoms of nervousness, though. At halftime, the Bengals led 9-6 before Joe Mixon danced his way in to increase the margin to 16-6.

The Titans tied the game with less than a minute left in the fourth quarter thanks to a wild few minutes. A field goal, a spectacular interception of a Burrow ball on the next play, and an amazing touchdown pass from Titans quarterback Ryan Tannehill to AJ Brown set up a thrilling finish.

After some strong defensive play on both sides, an interception of Tannehill by Bengals linebacker Logan Wilson set up McPherson’s game-winning field goal to advance Cincinnati to the next round.

Cincinnati Bengals players were full of praise for their kicker’s nerves after the game, with Burrow stating he had ice in his veins.

Burrow informed reporters that McPherson told him they were heading to the American Football Conference Championship Game before he went out for the game-winning kick.

After honoring his pledge, he was swamped by his teammates moments later.

The Amazing Race Is Back, But It Is Different

Abortion Bill Likely To Be Passed?