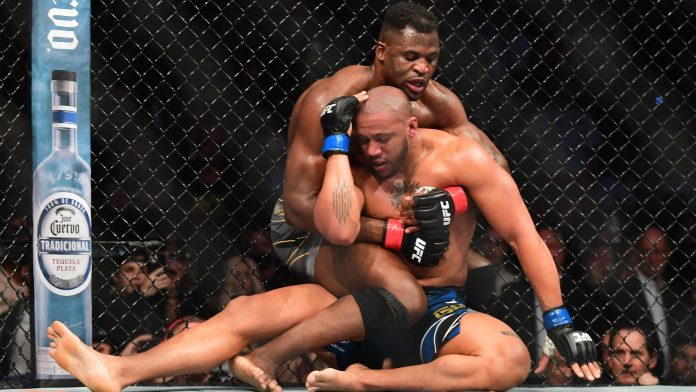 UFC 270 heavyweight champion Ngannou may quit UFC due to his fights with the UFC president. In the MMA Fighting Global Rankings, Ngannou is the world’s No. 1 rated heavyweight and the No. 3 ranked male pound-for-pound fighter. Ngannou, one of the UFC’s fiercest punchers, won the UFC 270 title in March 2021 with a stunning second-round knockout of Stipe Miocic at UFC 260. The 35-year-old Cameroonian enters his first championship defense at UFC 270 on a five-fight win run and has won all 11 of his octagon fights via knockout.

Gane is the UFC’s interim heavyweight champion and the No. 3 heavyweight in the world. He is also the sport’s No. 19 male pound-for-pound performer. The 31-year-old Frenchman, a former colleague of Ngannou’s, is a perfect 7-0 in his UFC career and won the interim title in August 2021 with a third-round knockout of Derrick Lewis.

Who might come after Gane, Ngannou, Moreno, and Figueiredo?

For Ciryl Gane, heavyweight: There is a high chance that it could be rising champion Stipe Miocic. It will be a tough match for Gane. Miocic defeated Ngannou back in 2018. Chris Daukaus could also be a choice. Not the best choice but is a choice.

For Francis Ngannou, heavyweight champion: It could be Jon Jones. The match could be the most anticipated of the year. Their match would be full of unexpected twists and turns. Here’s to hoping.

For the flyweight champion, Deiveson Figueiredo: Whoever wins the Askar Askarov vs. Kai Kara-France match. The two will fight in March 2022. The winner will have a shot at the coveted title.

If UFC takes the match to Mexico, then Moreno would be a suitable choice.

Sam Asghari Is All Over Britney Spears

Stimulus Check: File Your Taxes Correctly To Get Rebates