Home Sports CJ Uzomah Promises To Dive Into A Chili Bath If The Bengals... 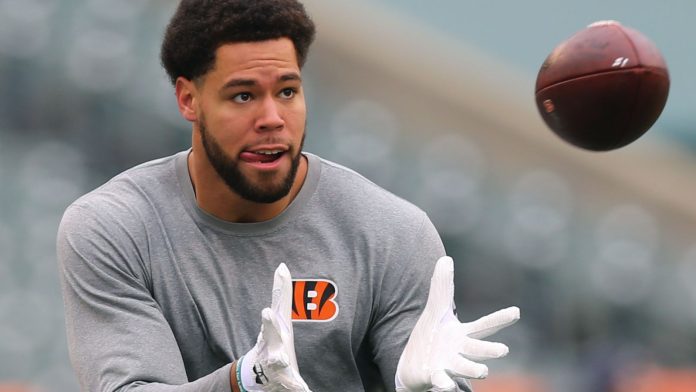 CJ Uzomah’s promise to the media on Thursday may not be comparable to quarterback Joe Namath’s pre-Super Bowl III promise to ensure the New York Jets win over the Baltimore Colts, but it will do for now.

CJ Uzomah has rejoined the Cincinnati Bengals’ practice squad. On a more serious note, Uzomah took part in restricted practice with his teammates for the first time since hurting his knee in the AFC Championship Game against the Kansas City Chiefs.

There is a chance he will be ready to play at SoFi Stadium next Sunday, Feb. 13. Uzomah is not the only injured tight end in Super Bowl LVI; Tyler Higbee, who was hurt in the NFC Championship Game against the San Francisco 49ers, has not practiced this week and is not expected to participate in the Vince Lombardi Trophy game.

La Brea: A Massive Sinkhole In The Heart Of Los Angeles Leading To A...