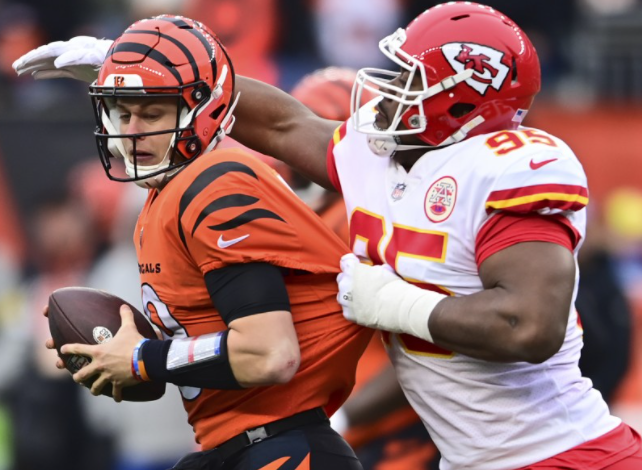 The Kansas City Chiefs just gave the Buffalo Bills one of the most painful losses in franchise history just a few days ago.

Inspired by Bills Mafia’s fundraising efforts, Chiefs fans have opted to use their team’s dramatic overtime win Sunday to help the Buffalo community. They collected $178,000 from almost 9,800 donors for Oishei Children’s Hospital as of late Wednesday afternoon.

Beginning Tuesday, Chiefs fans began sending gifts to the hospital in $13 increments in honor of the 13 seconds it took the Kansas City offense to drive down the field at the end of regulation to tie the divisional-round playoff game. The Chiefs went on to win 42-36 in overtime on the opening drive.

A Chiefs Kingdom Facebook group came up with the concept of donating $13 increments to quarterback Patrick Mahomes’ charity, the 15, and the Mahomies Foundation. When Chiefs fans learned more about the Bills’ habit of giving back to other teams, they decided to focus their efforts on the charity of their opponent’s choice.

In 2017, one of the most notable examples of the Bills supporters’ tradition occurred when Cincinnati Bengals quarterback Andy Dalton and wide receiver Tyler Boyd connected for a game-winning touchdown against the Baltimore Ravens, ensuring the Bills’ first postseason spot in 17 years.

While 13 seconds will almost certainly never have a positive connotation in Buffalo, it is an uplifting tradition for fan bases to convert a difficult ending into a positive for a different community.

AAPL Stock Earns A Rating Of “Buy” From JPMorgan

UNLV Takes A Loss Against Washington, As Their Team Still Seeks A Win

Angel Di Maria’s Wife Revealed How The Player’s Manchester United Venture Had Been A...

Should You Observe this stock? Lottery.com (LTRY)

VOLATILITY ANALYSIS: Volatility remained at 30.74% over last week and shows 15.55% volatility in last month. Market risk that established with...