Home World Coronavirus Cases in DC, Maryland and Virginia Double to 20,000 in One...

In an unfortunate turn of events, the number of coronavirus cases in Maryland, Virginia and Washington D.C. has reached 20000, with the casualty reaching out to almost 700+. If that isn’t enough, the number of unemployed workers in the states has gone over 350, 000 making it a giant burden on the American economy to help them out financially.

Washington Post mentions how the spike in coronavirus patients could be a direct result of many businesses opening up in the states, leading to mass gatherings of people. The Governor of Maryland, Larry Hogan mentioned, “Here in the Washington-Baltimore corridor we’re still heading up that curve … it would really be the worst possible time to put our people out there and endanger them”.

The state of Virginia has been in a similar state of chaos as thousands teamed up in the city of Richmond to protest against the lockdown. This made the state government publicly display the bill that would allow some businesses to open.

Although D.C. hasn’t seen a similar struggle to get back on the road, the mayor is expecting the worst. With much lesser funding from the government, this state has to be very cautious as to which businesses to open and when.

UEFA Champions League Remains Out Of Reach For Juventus 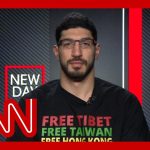 Opendoor Technologies (OPEN) exchanged 25361072 shares on hands in most recent trading session and observed an average volume with 13553.42K shares....

Is this stock is Attractive? Cisco Systems, (CSCO)

Cisco Systems, (CSCO) acknowledged active focus on shares in the last trading session.The stock disclosed a change of 1.28% and its...

Roblox Corporation (RBLX) observed an average volume with 13447.45K shares and exchanged 25930900 shares on hands in most recent trading session. ...