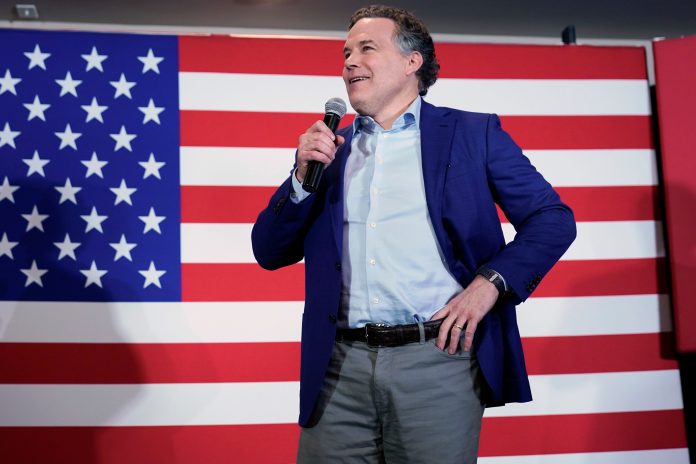 According to a complaint filed Monday, Pennsylvania Senate candidate Dave McCormick’s campaign is requesting that extra ballots be tallied in the state’s GOP primary results.

Un-dated ballots must be accepted in a Nov 2021 elections for a county judgeship, according to the 3rd US Circuit Court of Appeals in Philadelphia. The three-judge panel has yet to publish a formal judgment, and the secretary of state has yet to clarify if this order applies to subsequent elections, including Tuesday’s primary. In the Senate GOP race in Pennsylvania, it’s also unknown how many votes were cast without a date.

The lawsuit demands that mail-in and absentee votes with no date on the envelope be included as part of the election results. In a ruling mentioned in McCormick’s Monday complaint, the federal 3rd Circuit Court of Appeals held that un-dated votes in a county judgeship race from last year should be counted.

Dave McCormick’s campaign has been contacted for comment by The Hill.

The campaign comes after the election was judged too close to call last week, necessitating a recount in the contest between Dave McCormick and Trump-backed celebrity doctor Mehmet Oz. If candidates’ votes are within a 0.5 percent margin, Pennsylvania law necessitates an immediate recount, and Oz led McCormick by fewer than 1,000 ballots as of Monday. Because of the recount, supporters will have to endure till June 8 to find out the election results.

Meanwhile, Trump has pushed Oz to declare victory in the election while votes are still being tallied, claiming that doing so would make it “far more difficult for them to deceive with the votes that they ‘just happened to find.'”

Report finds police did not clear protesters for Trump’s visit

How Useful and Accurate is 23 and Me Genetic Testing?

First Look At Ariana Grande As COACH On ‘The Voice’ In New Promo!

Some Americans may be suffering financially greater than ever when the Christmas season gets underway with stimulus check owing to the soaring inflation. According to...