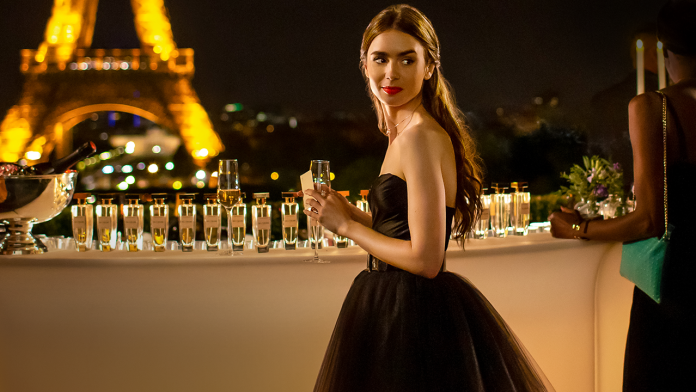 The streaming giant, Netflix, has officially renewed the controversial series, ‘Emily in Paris’ for two more seasons. Led by Lily Collins, the confirmation of seasons 3 and 4 has created a huge buzz.

The news came after the 2nd season of Emily in Paris was aired on 22 December. It was massively successful by nabbing 107.6 million hours of watch time in the 1st week itself. This landed the series in second place on the Netflix global list for the Top 10 English series. The first season of Emily in Paris was the most popular comedy series in 2020 with 58 million households viewing it in the first month.

Lily Collins plays the titular character, Emily, a driven market executive in Chicago who finds herself in Paris after landing her ideal job there. The series revolves around Emily and how she struggles to find her rhythm in Paris. It also shows her struggles in her love life and career-related problems.

The second season ended with a cliffhanger wherein Emily was in a dilemma with the choice of a job promotion at Savior’s Chicago office or, staying in Paris at Sylvie’s spanking new agency.

Emily in Paris has been harshly criticized and deemed controversial by many due to its cliched and idealized portrayal of Paris.

Joël Giraud, the minister of France, poked fun at a scene in the series which depicted Emily traveling by train to Saint-Tropez. A scene in the 2nd season also ticked off the Ukrainian people by its representation of Petra. Petra, played by Daria Panchenko, is a student from Ukraine who is a thief and encourages Emily to shoplift. This depiction hit a nerve with many, including Oleksandr Tkachenko, Ukraine’s culture minister who called the portrayal offensive.

6 Reasons Conserving Nature Is Worth the Effort

Doja Cat Has Attested Her Success To This Artist

India coronavirus: Gambling on lockdown to save millions