Home Politics David Perdue In The Race For Georgia Governor

The governor’s race in Georgia just got a little more complicated with former Republican Senator David Perdue joining the race. According to Richard Elliot of Channel 2, Perdue will go head-to-head against current Republican Governor Brian Kemp.

It is being expected that Perdue would be making his announcement on Monday and then file all the paperwork- which should be soon as his official website has been launched already. The news comes after Stacey Abrams announced on the 1st of December that she would be running in the gubernatorial race after losing out to Kemp back in 2018.

Famous analyst Bill Crane has also mentioned that he believes David Perdue could be running for Governor after former President Donald Trump tapped him to be the victor against Kemp. Crane stated that this was the Republican Party where the incumbent Governor of a state was being challenged by people inside the party- all due to a former President who simply would not give up the fact that he ended up losing the elections of 2020.

The spokesperson for David Perdue stated that if Kemp had fought Stacey Adams as hard as he was fighting both Perdue and Trump, he would probably be in the clear easily. Pruitt mentioned that Trump had encouraged Perdue to run and no doubt will be endorsing him so the conflict could be really unprecedented.

California Stimulus Check: If You Lost Or Threw Out Your Tax Refund, Now Replace... 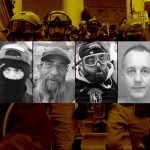