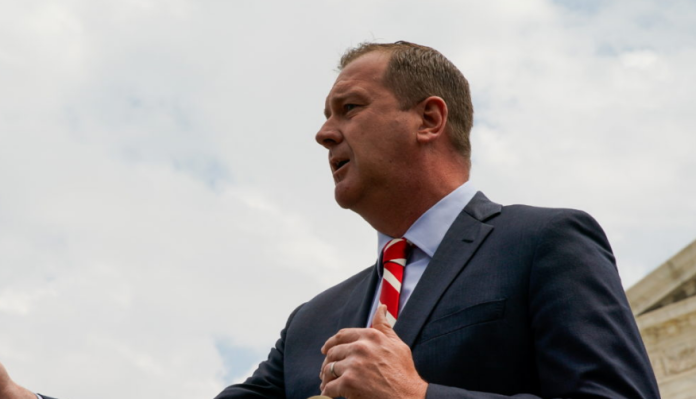 GOP primary for the US Senate in the state was won by Eric Schmitt. Eric Schmitt defeated Eric Greitens, a rival marred by controversy.

GOP strategists believed that Greitens’ promotion would have returned the state’s Senate seat to Democratic contention. Roy Blunt, a former US senator who is not running for reelection, formerly held that position. According to NBC News, Eric Greitens, the disgraced former governor of Missouri who mounted a comeback campaign against the desires of many Republicans, will lose the state’s GOP Senate primary.

The state’s incumbent attorney general, Eric Schmitt, is anticipated to go to the general election, where he would face off against a Democratic contender for the open seat left by retiring Republican Sen. Roy Blunt.

Greitens, who wholeheartedly embraced former President Donald Trump and fought against recent claims of domestic violence as he sought to fight his way back to the political fore, suffered a crushing loss in the primary results.

Mark Finchem has prevailed in the Republican primary for Secretary of State in Arizona. Finchem makes a misleading assertion that Joe Biden did not triumph in the state of 2020. He is seeking a position that would directly influence how elections are conducted in Arizona. The Democratic candidate will square off against Finchem in the November election.

That is only one of several contests we have witnessed for those officials. In the meanwhile, Kansas voters rejected a ballot initiative that would have outlawed abortion there. The decision, which came after the US Supreme Court’s decision to overturn Roe v. Wade, was an upset in very conservative Kansas, suggesting maybe that it was an unpopular one. It was the first time voters were allowed to directly address the topic of abortion after the Supreme Court’s ruling, and it was carefully observed in Kansas as a gauge of voter mood.

Liverpool Won Against Man City In The FA Cup Final 2022

Top Science Exhibitions in The UK

The progress made on the misleadingly labeled Inflation Reduction Act is a tacit signal that the Biden administration has moved ahead of further stimulus...