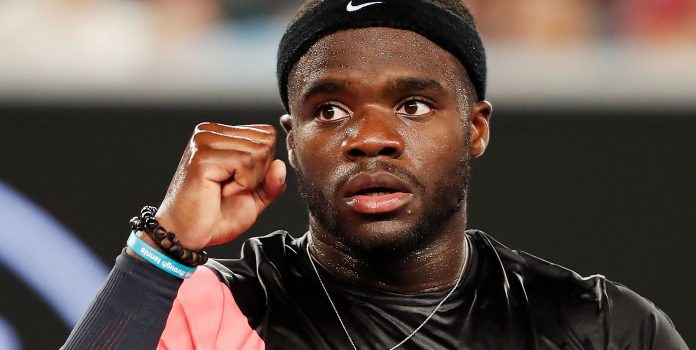 The face that showed its valorous and captivating performance for the 4 rounds in the US Open, making the audience bawl, is Francis Tiafoe. Being at the top of the game was not an easy journey for him. In his ATP tour, he spent much time adjusting to the Top and struggled to stay on.

The Tough Story Of Francis Tiafoe

The 23-year-old Frances Tiafoe said that achieving consistency in his performance was an absolute achievement when asked about his end towards the RO16, where he lost four sets to Ranked 12 Felix Auger-Aliassime. Tiafoe’s name gets lost when the hype moves to promising youngsters.

His journey started when he ranked second in the world and proceeded to become the youngest player to achieve a win at the Orange Bowl.

Winning his first ATP title in 2018 made him one of the promising youngsters in the US. But soon the graph of his performance started going downwards. Not making it to the Australian Open quarterfinals in 2019, three consecutive losses during pre-pandemic 2020, and lastly, ranking no. 81, and when the tour restarted, he was pretty much out of the radar.

Tiafoe admitted that complacent comfort took over him at that time, but now he is at the rebuilding stage, pushing more than ever. The grass competitions in Europe backs up his statement.

Taking over Tsitsipas at Wimbledon, Shapovalov in Canada, Murray in Winston, Frances has shown his top-notch game. But he could not make it to the quarterfinals as Aliassime took him out 4-6,6-2,7-6 and 6-4. But Tiafoe had no complaints. He said that Aliassime was too good to surpass.

The son of immigrants from Sierra needs to put up with consistently good results like this summer to get back on track. Frances knows how much his game resonates with young people and fans as he experienced the love from the audience as he walked out of the court that day.

As the emotions took over the charismatic tennis player, he stated that being an inspiration is what keeps him going on. Winning or losing is all part of the game but having someone to idolize you makes you worthy as a player. Tiafoe wishes to win as much as possible and wants his audience to have fun watching him as he plays.