According to internal documents and communications reviewed by NBC News, tension over immigration policy between the Biden White House and senior government officials at the Department of Homeland Security is growing as more undocumented immigrants cross the southern border and Republican governors send them to more Democratic-run cities.

According to two American sources involved with the conversations, the White House recently conducted several high-level immigration meetings where DHS officials discussed ideas, such as flying migrants to the country’s northern border with Canada to relieve congestion on the U.S.-Mexico border.

According to private correspondence acquired by NBC News, some DHS officials have publicly voiced their anger at those meetings with the White House’s hesitation to follow the lead of Republican governors and start transporting migrants to cities within the United States.

According to a plan by DHS, migrants would be sent to areas like Los Angeles, where shelters would be informed in advance so they could prepare for the inflow. The plan is less disorganized than the current state of affairs in Washington, D.C., New York, Chicago, and Martha’s Vineyard in Massachusetts. Officials in those places have been surprised as Republican governors in Texas, Arizona, and Florida have sent migrants north to make a political statement.

The negotiations occur as NBC News has learned that there are around 8,000 migrants who cross the U.S.-Mexico border every day.

White House officials have previously established a daily threshold of 9,000 as the internal trigger to start “interior processing,” which entails transporting migrants by plane or bus from the border to inner cities where shelters can care for them while they wait to be reunited with family members and eventually their court dates for immigration proceedings. 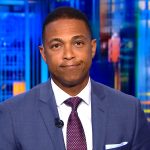 Don Lemon Stresses That His Move To Morning Show Is Not A Demotion: He...