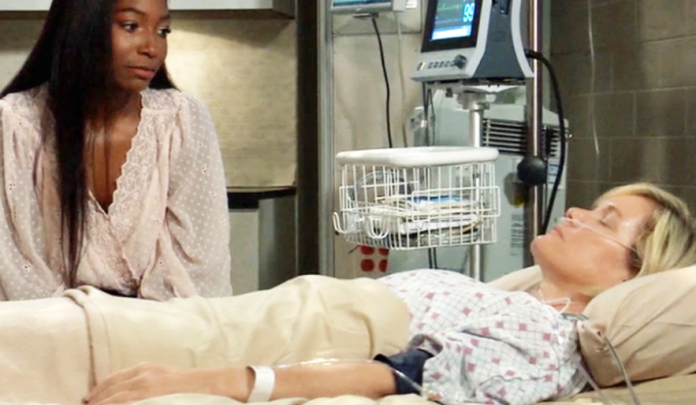 General Hospital viewers thought that was not the end of Chloe Lanier’s Nelle, and it seems that everyone was correct indeed.

According to Soap Opera Digest, Chloe Lanier will make a brief comeback to her role to cause trouble, on September 5. Although no specifics have been given concerning Willow’s twin sister staging a return, people are betting their money on the vixen having a heartbeat. “How come?” you inquire.

Dead People Come Back To Life In General Hospital?

No, not because everyone in General Hospital eventually came back to life after death, but because of the drama that will play out in the current scenario with Lanier’s Nelle. During Lanier’s tenure on the show, her character had no idea Nina was her birth mother or Willow was her sibling. If Nelle is still alive, just imagine the things that could happen right now.

On the one hand, Nelle would be happy that, while she was away, Mom had managed to whisk her rival Carly’s hubby. While you’d see the conniver attempting to wiggle her way back into Wiley’s life – a process made more difficult now that he’s being raised by her ex, Michael and Willow!

“I was looking at Nelle videos online for days, thinking, ‘It’s been two years since I’ve performed this part.’ What exactly did I do? What were the characteristics of my speech? “How did I walk like Nelle?” Lanier informs the publication. “I had completely forgotten how to do all of these things that were previously so natural to me, but maybe it transferred and I was able to slide back into character the way I used to.” “I hope so!”

How To Set Yourself Up for a Better Financial Future

TMUS Has Its Estimated Earning Lifted By Brokerage